Is anyone watching E3 this week?

I’ve been keeping an eye on the conferences, announcements, etc. for something I’ve got planned for Saturday, and also because this is sort of video game news Christmas. This seems like as good a place as any to share links and discuss what we’ve seen of this show.

First up was EA:

Everything EA Announced At E3 2017

Electronic Arts just kicked off E3 2017 with an earlier than usual Saturday press conference. EA showed some Star Wars, some sports, some car chases, and a brand-new game from BioWare called Anthem. There was also a live drumline, in case you thought...

I haven’t watched this one yet. I saw Anthem in the Xbox briefing, though, and it looks like something I could get into.

I’ve been keeping my left eye on it, but mostly for Switch related announcements which I think are mostly going to be tomorrow. So far though I have noticed the Fallout 4 VR announcement, which I must admit is alone almost enough to make me consider buying a rig.

Xbox One X And Everything Else Microsoft Showed At E3 2017

Microsoft kicked off their E3 2017 press conference by officially revealing their beefy new console, the $499 Xbox One X. WITNESS.

I’ll probably end up getting an X, which will encourage me to get a new TV, and a new receiver.

They also showed a bunch of games. I’ll have to follow up on some of those.

Bethesda had their thing, too:

Everything Bethesda Announced At E3 2017

Bethesda won the award for latest E3 press conference of 2017, bringing us a late-night event from BethesdaLand, their own self-styled amusement park. Among other things they debuted sequels to Wolfenstein and The Evil Within, along with a new...

The biggest highlight for me is a new Wolfenstein. The New Order was so very good. I’ll go back and watch this one for sure just to see that footage.

Devolver Digital did something:

Devolver Digital's 'Press Conference' Was A Nightmare Vision of E3

Publisher Devolver Digital hosted their very first E3 press conference this year. OK, it was actually an hour slot in Twitch’s official E3 stream. They didn’t announce any new games, but they did offer us a satirical sketch about E3 press...

I need to see this.

The new graphics and lighting for Minecraft look really good.

If everyone’s nickname for the XBox One was “X-Bone”, will the new one be the “X-Bonks?”

It could be interpreted (probably incorrectly), that Microsoft was able to do what Tesla (the company, not the scientist) was not:

Presumably, the next revision will be the Y.

If everyone’s nickname for the XBox One was “X-Bone”, will the new one be the “X-Bonks?”

We can but hope.

that Microsoft was able to do what Tesla (the company, not the scientist) was not:

The new graphics and lighting for Minecraft look really good.

Of course, it’s launched a ton of speculation about MS putting the Java-based version out to pasture, since they conspicuously didn’t talk about it.

Everything Ubisoft Showed At E3 2017

Ubisoft hit the stage Monday afternoon at E3 to show a new trailer for Beyond Good & Evil 2, along with some other stuff that was completely overshadowed by the fact that OH MAN THEY ACTUALLY SHOWED BEYOND GOOD & EVIL 2.

Something about XCOM with shells. I can get behind that.

Saw a poster on another sight rambling about running out of ammo in the new order. Got to be honest first thought was shoot better.

I originally played it on normal difficulty, then messed up and accidentally overwrote my save. I switched to easy for the second playthrough, but I don’t remember running out of ammo completely, just having to be more careful at the higher difficulty. It’s really not a guns-a-blazin’ kind of game, but neither was Wolf3D or either of the originals.

Last game I can think of where I remember really running low on ammo was doom 3. 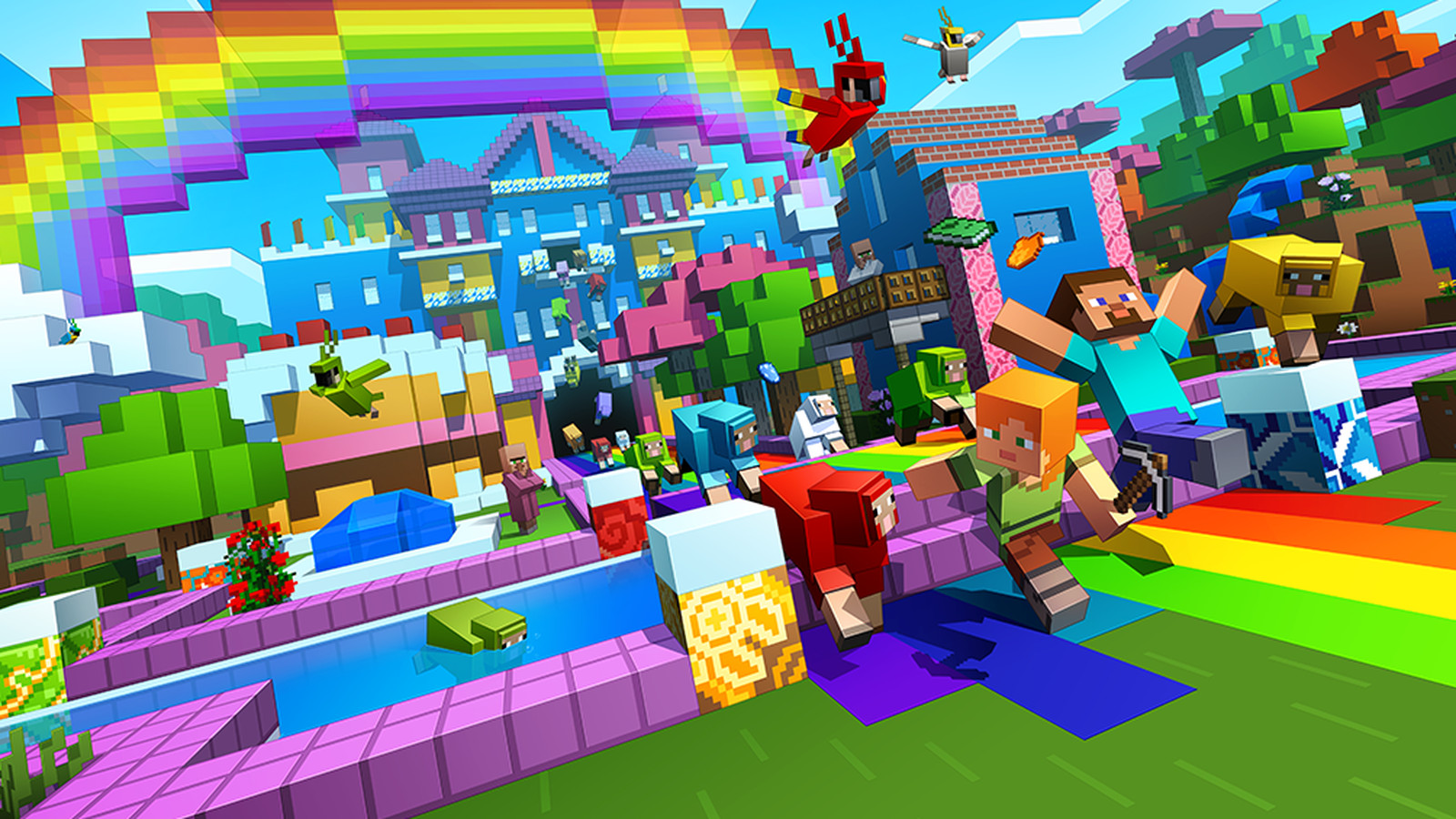 PlayStation not on board with cross-play Minecraft

Minecraft Editions will be replaced by Minecraft

This addresses that somewhat. It will be re-branded as Minecraft: Java Edition. It will still receive updates, but it will not have connectivity with the others collectively known as Minecraft.

New Life is Strange, you guys. I can’t wait.

It will be re-branded as Minecraft: Java Edition. It will still receive updates, but it will not have connectivity with the others collectively known as Minecraft.

It’s… not entirely reassuring that they’re renaming the original Minecraft an “edition” and renaming the “editions” as Minecraft.

New Life is Strange, you guys. I can’t wait.

Yeesh… I still need to play through the first one. I have it, but haven’t gone past the first 15 minutes or so (due to time and a general feeling that I was already missing things in that short period).

The first chapter is kinda rough but if you stick with it, it gets so good. Don’t worry about missing anything. You can replay chapters or sections anytime and there’s lots of opportunities to revisit the past as the story progresses.