In the year 2017, in which popups and interstitials continue to be a bane to non-geek users, Gizmodo (formerly Gawker) Media has decided to nag Adblocking users to whitelist rather than offer a subscription solution like, oh, The Guardian, or Gawker spinoff Wonkette. 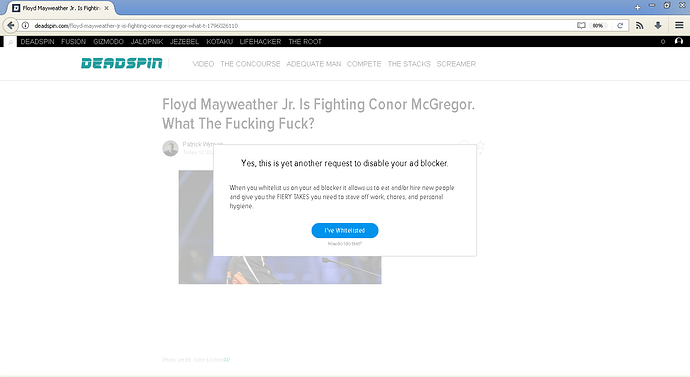 I haven’t come across this yet, but I probably will soon, since I regularly read io9 and Jezebel. Funnily enough, Gizmodo sites are one of the reasons I use an adblocker. A while back they started using autoplay video ads that were killing my data plan. So as much as I’d like them to get paid… well, I can buy the occasional Amazon affiliate-link item for that. But I can’t let them use up my data plan at their whim. My adblocker stays on. If they don’t like it… tough.

When the ad providers step up and audit their shit for malware rather than race to get the ad out first I will happily quit using adblock. 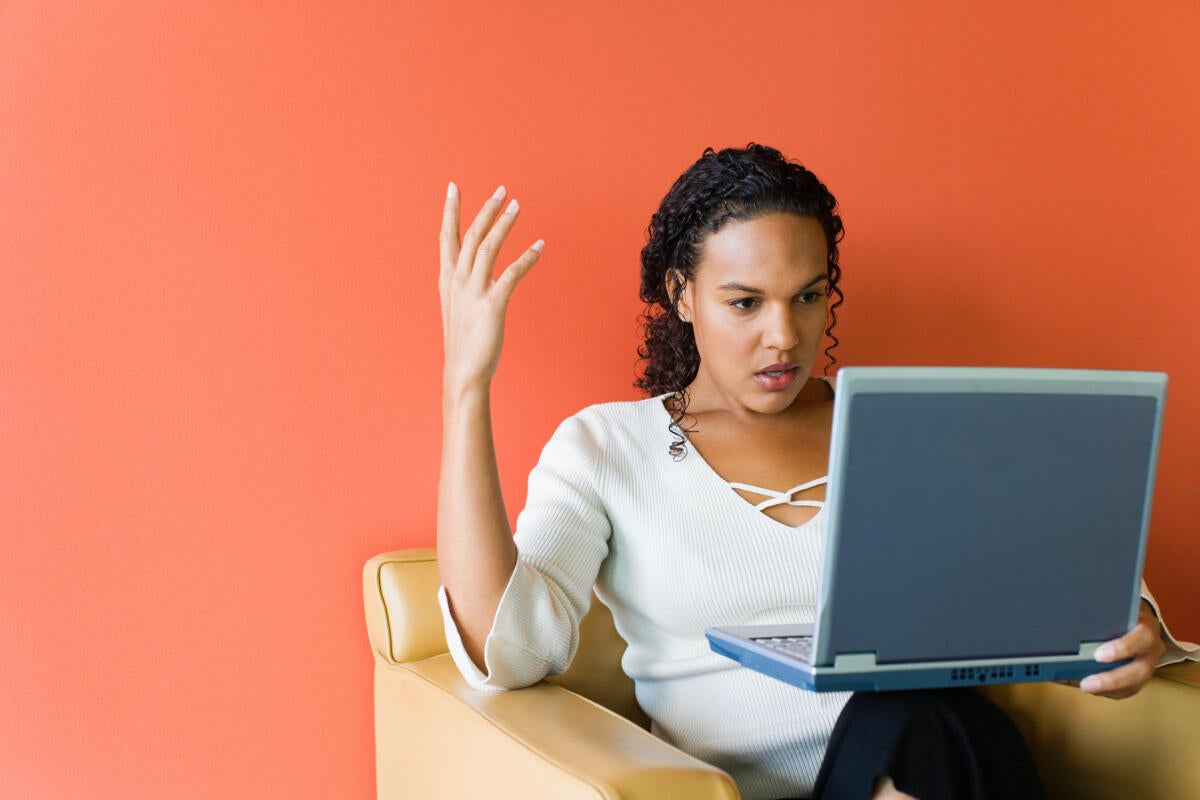 Websites have shifted from Flash to HTML5 for video, because many browsers now allow native disabling of Flash. Here's what you now need to know to stop videos from playing as soon as the page loads.

Autoplay is one of the most infuriating design features on modern web, but even “professional” sites like CNN use it.

I’ve tried whitelisting other sites in Adblock Plus, and it never seemed to work. I got the same blocking message, even though ABP said it was disabled. (Wired.com was one, but it recently started showing me the articles again.)

On a related note, in the last week or two I’ve lost the ability to see the comments on the Gizmodo sites. I’m running NoScript, but I’ve tried allowing most of the scripts that aren’t just trackers, and nothing works. Has anyone else experienced this?

I’ve tried whitelisting other sites in Adblock Plus

I’ve been having a lot of luck with uBlock Origin.

I’m typically on my cell phone, using the latest Samsung browser (“Internet”) and Adguard Content Blocker. It works like a dream.

I only recall one ad getting through, ever, though sometimes there will be blank spots on the page where an ad would normally show up. Once I started using it, I found a significant decrease in data usage, without changing my browsing patterns. And I’ve been on both io9 and Jezebel today and have not seen that pop-up at all.

I find that NoScript messes with a lot of sites that have comments that aren’t statically generated, however that varies drastically for me. On my home PC they work fine, but on my work PC - same browser, same plugins - they never work.

I can’t verify that this works FOR MY SETUP (I have Chromium and not Chrome, and my Disconnect extension isn’t playing well), but a recent privacy enthusiast acquaintance suggests uBlock Protector, an anti-adblock defuser for uBlock Origin.

I am crusty enough to use curl and mentally block out the script and HTML tags to get around anti-adblock silliness.

You must be using Chrome, uBlock Origin, and Violentmonkey to use this project.

Yeah, I ran across one poorly-coded site which simply would not work for me on any browser I tried: Palemoon, FF, Chrome, Opera, IE, or a few others I tried. Even with everything disabled, it kept telling me to disable my AdBlocker. Later figured out that the site does not work right under Windows, which is odd, since they distribute software which is useful mainly to Windows users.

Thankfully, The Wayback Machine had a copy of what I needed.

(Note to self: reinstall Linux on desktop, and update live distro thumbdrive)

If you can, get a host file that points all the ad servers to home. Then when they ask to turn off your ad blocker (I use uBlock Origin myself), go ahead. No ads at and the site is happy.

Or just tell the site to piss off and never visit again.

Google Contributor is an interesting approach to this:

It allows you to create an account, then opt-in individual sites so that you essentially pay them by page view not to see ads. I opted in for www.androidpolice.com, and it looks like I’ve already given them 74 cents. I’m much more likely to opt in additional sites over signing up for a subscription and having another bill to manage.

I wholeheartedly recommend Brave browser on Android. I’ve tried a bunch of different solutions for adblocking in the past but none have been as straightforward as Brave. Every site has a saved profile and the GUI looks like this: 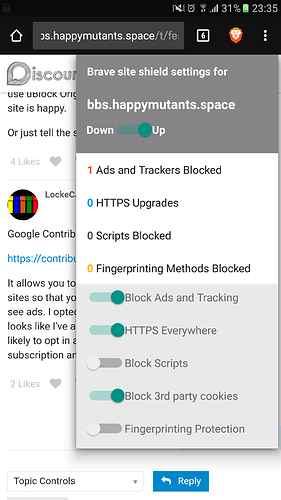 If blocking individual parts of the page breaks the site, you can go through and toggle what you want to switch on and off. Much easier than creating whitelists and doesn’t require root.

When the ad providers step up and audit their shit for malware rather than race to get the ad out first I will happily quit using adblock.

I agree - at many points in my last job, embedded ad networks were the prime attack vector.

Even through hotmail.com, for an embarrassingly long time (and if Microsoft don’t care about the issue…)

Yeah, Jalopnik io9 & Giz won’t work on FF with NoScript at all. Weirdly, Fusion and The Root work fine. Today, Kinja has stopped working on Chrome on my phone at all. I fucking hate Kinja.

After my earlier comment, I managed to make Gizmodo comments visible by disabling AdBlock+. Today that doesn’t work.

Oddly enough, I’ve seen this adblock disable request several times on various gawker/gizmodo sites (lifehacker, kotaku, etc), but just hitting the “I’ve Whitelisted” button has cleared it and I haven’t seen it again in that session, without actually needing to do the whitelisting itself. I have adblock, noscript, and ghostery running, and it’s worked this way on two separate computers.

Is this just acting oddly for me, or is this actually just a minor nag rather than a major issue (so far)?

My experience has been so varied that I can’t really summarize it. Some sites, like wired.com, used to block me whether I whitelisted or not, but now Wired lets me see the articles and I still don’t see ads. Some sites just block the comments.

All in all, NoScript causes more hassles than ABP, but I can usually figure out what I need to allow.