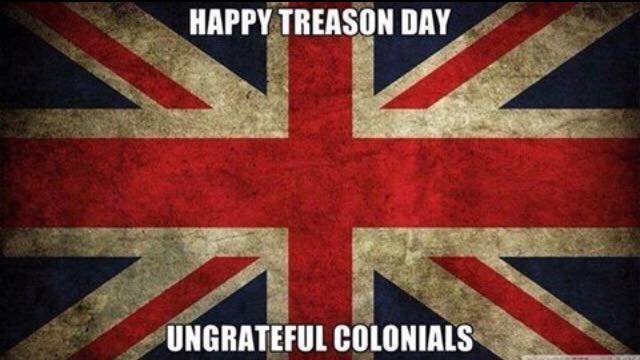 Have a cup of tea!

If it weren’t for the American Revolution, the United Empire Loyalists wouldn’t have come north to Canada and surged the population of what became Ontario:

Happy 150th birthday to you too!

Man!, that is some serious grudge holding!!!

More like a humorous version of the actual Canadian history curriculum.

This is such a good time of year for examining different takes on history. The time in between Canadian and American Thanksgiving is good too. 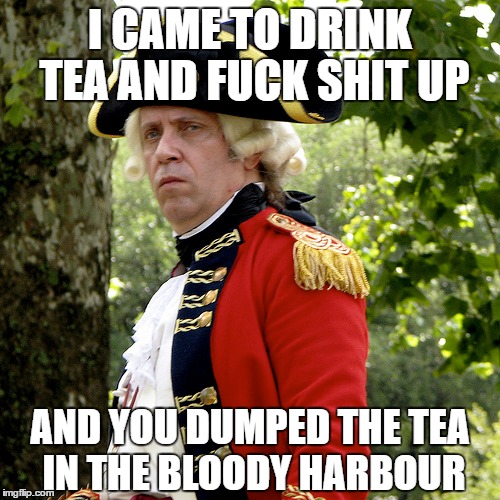 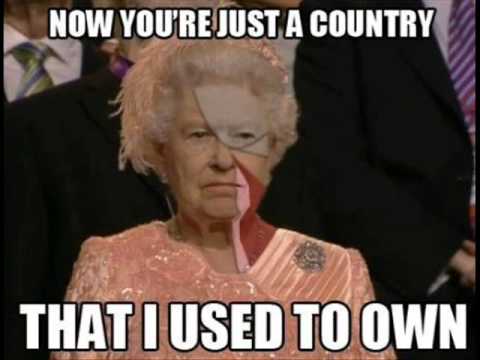 Any tea left in the pot? My tummy is tetchy too. 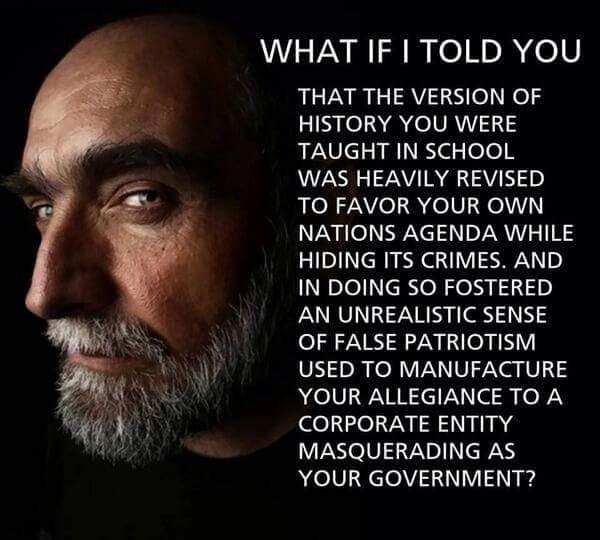 Some fireworks for the Fourth. Director Oskar Fischinger fled the Nazis to come to the US where he made this short film. Rather reminiscent of Fantasia, which he also worked (uncredited) on

Howard Zinn was required reading for me, so I already know this.

One of the fun things Ontarioans like to talk about is the massively different takes on the war of 1812 on either side of the border.

Case in point: the TV show “Turn” - which is about “Washington’s spies” during that era. Its very popular in the US. Its unwatchable in Canada. LOL (Not every “redcoat” was a rapist or evil dammit! And not every “American” wanted to revolt!)

We even have heritage minutes about the war!

(She’s in my family tree somewhere!)

Case in point: the TV show “Turn” - which is about “Washington’s spies” during that era. Its very popular in the US. Its unwatchable in Canada. LOL (Not every “redcoat” was a rapist or evil dammit! And not every “American” wanted to revolt!)

Never heard of it. It sounds laughable.

That would be The Patriot. The Patriot is a 2000 American historical fiction war film written by Robert Rodat, directed by Roland Emmerich and starring Mel Gibson, Chris Cooper, Heath Ledger and Jason Isaacs. The story takes place mainly in rural Berkeley County in South Carolina and depicts Benjamin Martin, an American colonist nominally loyal to Great Britain who gets swept into the Revolutionary War when his home life is disrupted. Rodat has said Martin is a composite character based on four historical men: Andrew Pic...

We were literally not told about this war in elementary school. Then, if we asked, we were told nothing except that it was a draw. It was a draw, that’s the ticket. Possibly the only draw ever in the history of armed conflict

We were literally not told about this war in elementary school.

Well we were told the vengeful British burned the White House.
But why this was done, who knows?

We were told we burned the White House down because (along with other reasons):

Finally, we were told, as one of my teachers put it, that we “won the war but lost the treaty”. At the end of the war of 1812, Britain was concerned with Napoleon and how he’d changed the political landscape. They didn’t want France allying with the US and having another go at taking us over. If they had insisted on keeping all the territory they had gained during the War of 1812 (quite a ways south into the modern US), there would have been another war.

So when it was time to negotiate peace, they said, “Look, we’ll give you back all the land we captured and you stop attacking us, yeah?” and the US agreed.

Any tea left in the pot? My tummy is tetchy too.

To be fair, in the alternative history that didn’t get taught in schools, the English were as resentful of their German king as were the American colonists, and people in England generally supported the Americans. The only reason we got the Hanoverians was the anti-Catholic legislation on Royal succession, and the reason we had that was the quite genuine support of the Pope for Spanish attempts to take over England.

Can we all in the English speaking world agree to stop our arguments and address the root of the problem, the family that screwed up an awful lot of the civilised world?
Down with the Hapsburgs!