Remember, a while ago there was a littel widget that tracked down your accent to the place in America where it was most typical?

Well, it’s now available for Scotland, England, Wales and Ireland. And I can confirm it does an accurate job. Its top two guesses for me were where I live, and where I was brought up. 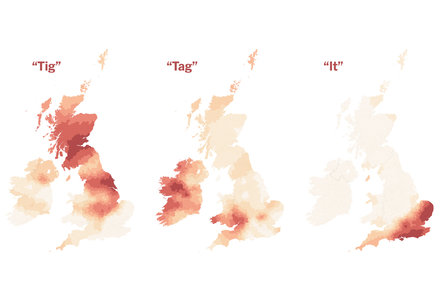 What does the way you speak say about where you’re from? Answer 25 questions to see your own custom dialect map.

If you don’t have an accent, spoken, signed, or written, how do you post here?

The title’s just playing with the common perception many people have that they talk properly, and people from other places have heavy accents.

That’s quite cool…being from Australia it obviously wouldn’t be quite right, but it put me as being from the approximate region my family came from (150 odd years ago) and London (where most of the TV I watched as a child was made).

it put me as “definitely not from around here.”

Closest was western Ireland, perhaps because it’s solidly rhotic and it’s not Scots.

warning that if you try to page down the results page, it animates.

Well, they caught I wasn’t British or Irish. What I found interesting was that my closest matches were all along the part of England that borders Wales – Shrewsbury - Hereford ish. From what I know of the local history from where I grew up, the colonial place names are misleading, in that they were chosen by the administrators, not the settlers, and don’t have much to do with where the settlers are from.

Having said that, I’ve had English tourists and more English Canucks mistake me for Irish before. Some have been very insistent I have a slight Irish accent, and I’ve heard Irish people who, to my ears, have very similar accents to mine. Not every word, just certain words and phrases sound like they’re switching to Canadian for a moment.

So I’m a little disappointed I didn’t get any Irish matches, but not truly attached in any case.

I got a few mild hits in England (London, Bath, and north of Bath), and Galway, Ireland, but nothing darker than a light pink. And nothing at all in Scotland, which I find disappointing for some reason.

It did the same for me. My namesake traveled to Louisiana in 1775, but the test still placed me at “accent level” orange in southwest Ireland, where he was purported to have come from.

Not every word, just certain words and phrases sound like they’re switching to Canadian for a moment.

I once worked for a kitchen manager who was from Canada. He was a pretty good guy, and I don’t really remember people making Canadian jokes etc. (that just wasn’t much of a thing at the time, IIRC), but he would definitely code-switch into “Canadian” every once and a while, especially when he was under the influence. It wasn’t like he’d pronounce ‘about’ as ‘uh-boot’, or anything like that, but there were definitely times when you’d be talking to him and suddenly be reminded that “oh yeah, he’s Canadian.”

There was one awkward incident when I was that special kind of self-conscious that only happens when you’re really high at work, where I unthinkingly dropped a casual “eh?”-bomb into the conversation, and then immediately wondered if he thought I was mocking him because of my huge high-guy grin when I said it, and got so obsessed with the idea that I felt like I had to say “eh?” several more times in the conversation, just to make it sound more like something I would normally say.

To this day I have no idea if he even noticed, but it was pretty dramatic for me at the time.

They’ve got me pegged from away as well, but they placed my nearest equivalents around Aberdeen, Tayside, a broad swath from Newcastle to Lancaster, a band from roughly Cheltenham to Shrewsbury, and a patch of Lyme Bay around Exeter (Devonshire!). Then they asked further questions, and decided instead to place me in London or Cambridge, but when they added maps for the words that supposedly placed me most characteristically, the words that supposedly did so placed me quite firmly in Eire.

I suspect dialect quizzes like this one have problems when the dialect in question isn’t represented in their quiz, and is formed from an agglomeration of dialects from the country of interest.

(fwiw, americans, here is your quiz.) 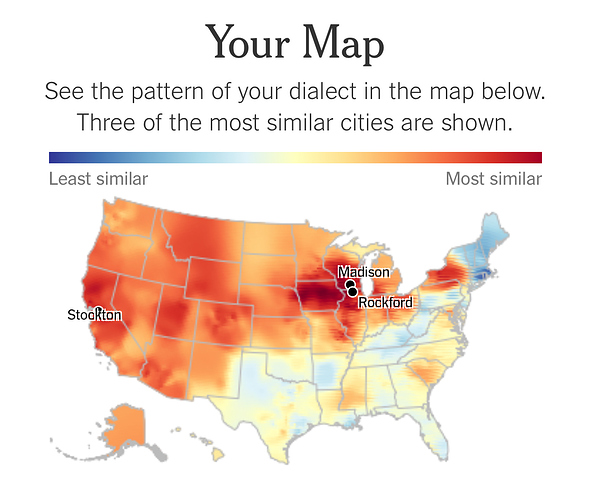 Funny, I didn’t grow up in Wisconsin.

I grew up in Kansas, but the map placed me squarely in Virginia. Of course, my mom did always accuse me of speech that sounded like “talking out of a book”.

On Netflix, drummer/comedian Fred Armisen has a routine where he describes every accent in America by State and region. 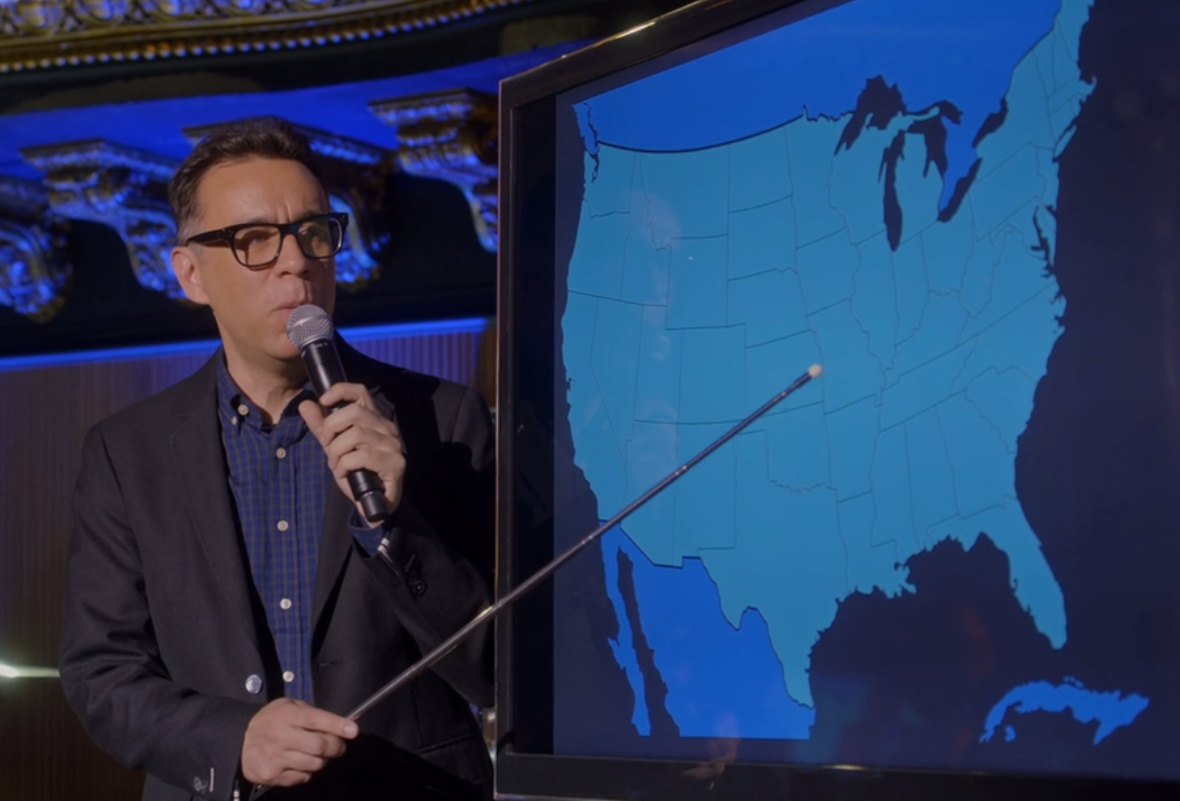 Sometimes a comedian comes around that just takes you by surprise. For me, that happened with Fred Armisen. Now, to be fair, Fred has been around as a comedian and a musician for a long time, but for some reason, he was not on my radar...he...

“What do you call a big road on which you drive relatively fast?”

Other, I can’t drive.

Other, neither of those vowels.

Other, neither of those vowels.

“What do you call it when rain falls while the sun is shining?”

Other, “rain from a clear blue sky” is the only specific term I’ve encountered, and it’s a bit more specific than that.

Most similar to New York, western New England, or California.

It got pretty close for me. Within 20 miles, in fact. 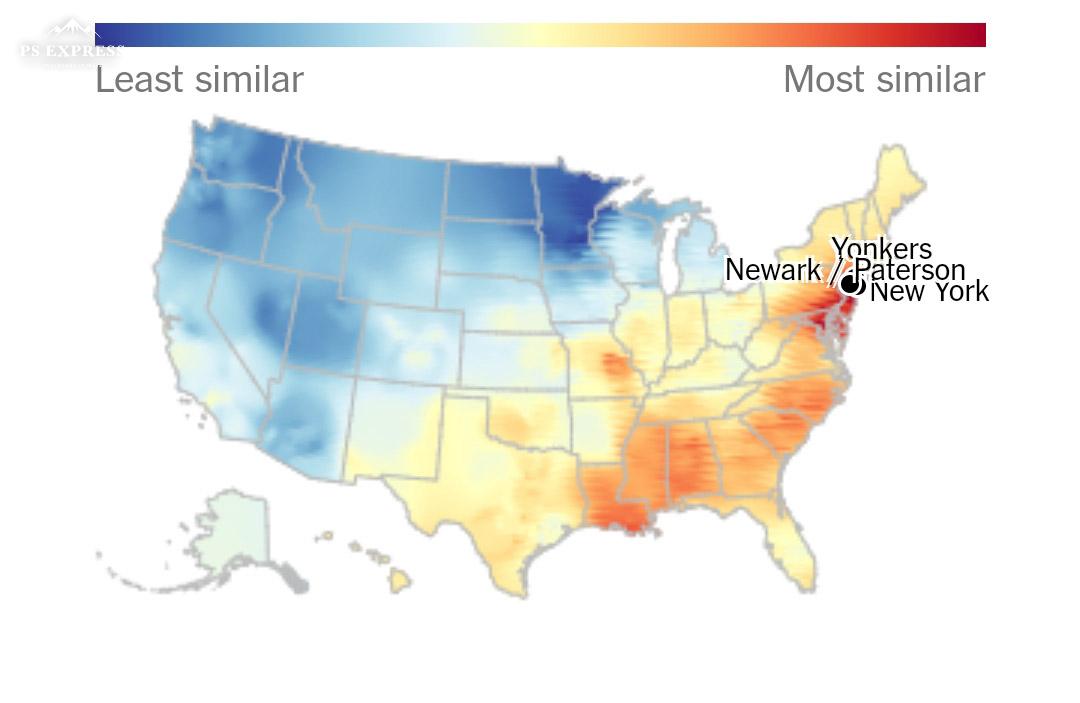 What do you call it when rain falls while the sun is shining?” 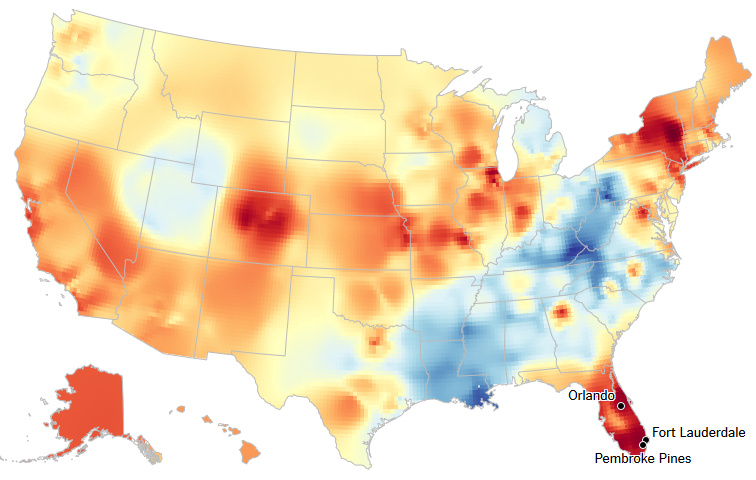 Figured I’d give it another try… and, as usual, it really hedges its bets for me. At least this time it got a state that I’ve actually lived in…

Not bad. About as close as it could get to where I grew up without actually including Canada.