I’d post a photo of my I Voted sticker, but it would give away my location (boo).

Nevertheless, I voted. USians, did you?

Yay for mail in voting. My ballot went into the ballot box 2+ weeks ago.

Voting by mail seems downright civilized. It would be nice if that was available in every state. Luckily, in our tiny town the wait was only about 25 minutes.

Early voting for me.

Get out there folks!

I’d rather stick to the soap box. But the ballot box may keep the Republicans from using the ammunition box on refugees and on us. Or at least make it harder for them to claim legitimacy. 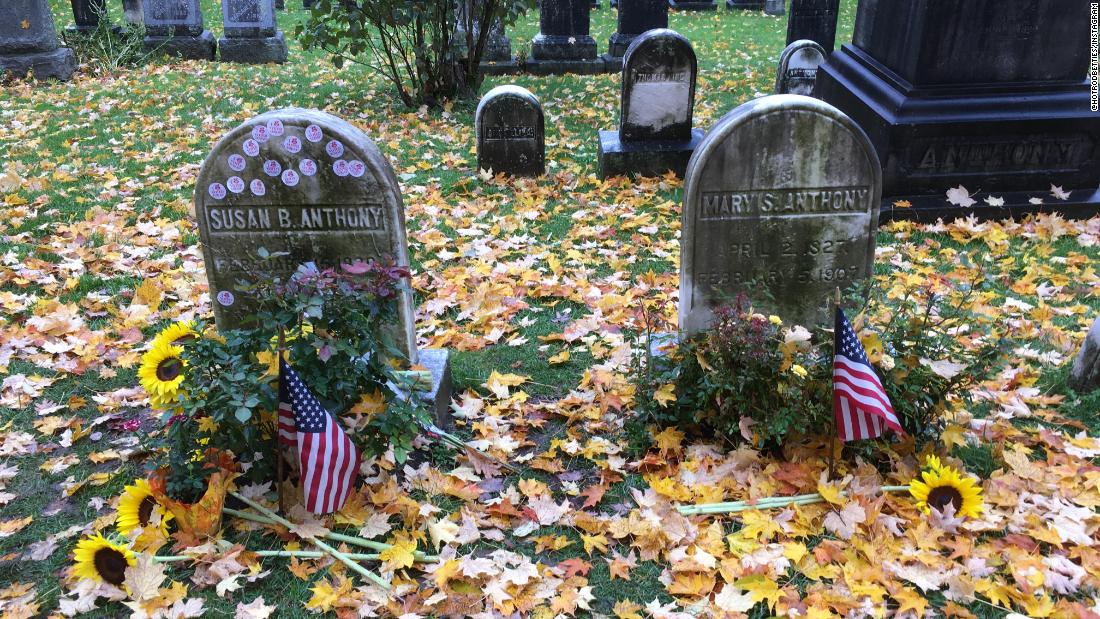 146 years after Susan B. Anthony cast a history-changing vote, women are sharing...

On November 5, 1872, Susan B. Anthony voted in a presidential election. At the time, it was an illegal and status-smashing act, and two weeks afterward she was charged with and fined for illegal voting. 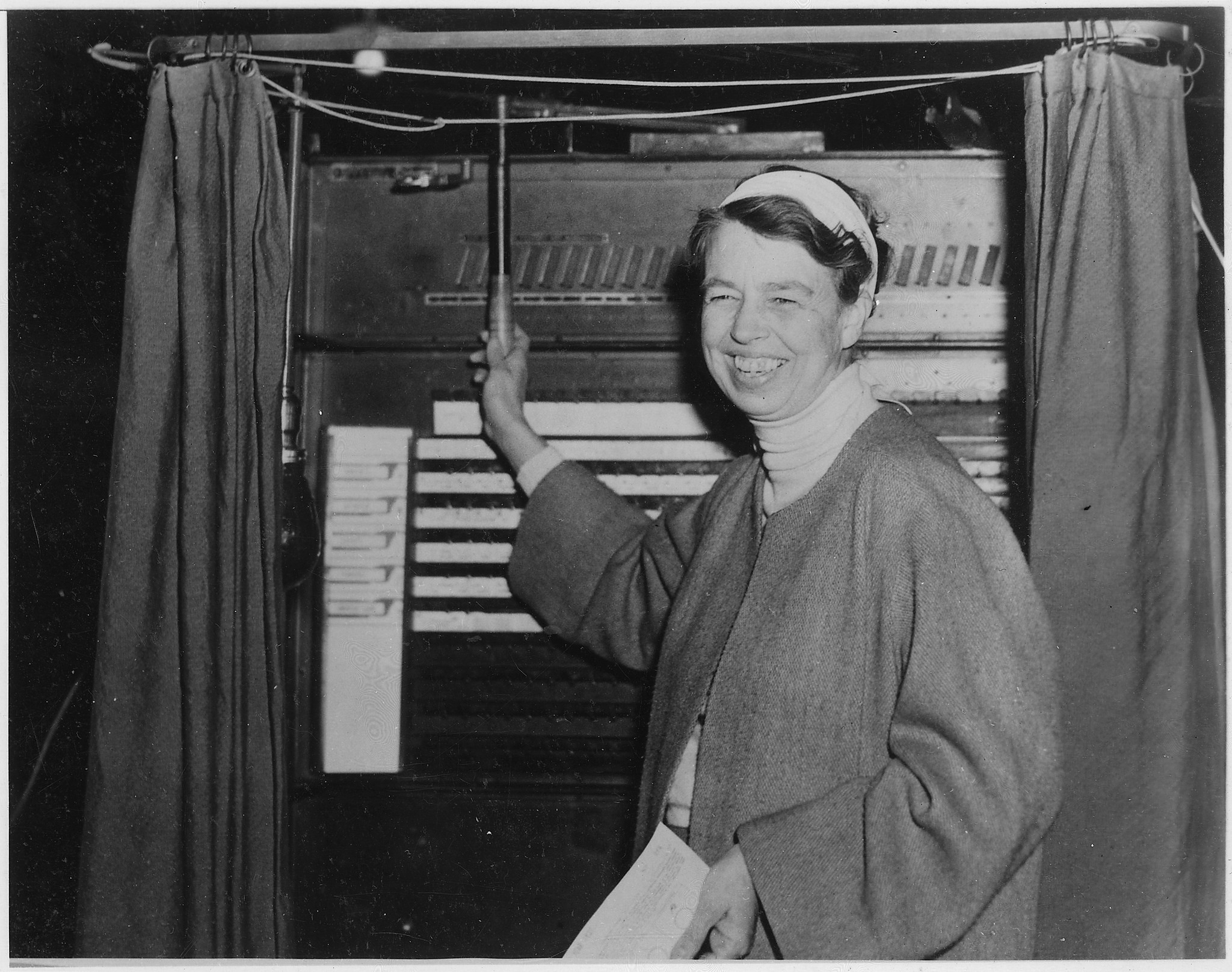 "You and I have to correct anything that is wrong—and we can always be heard."

i prefer voting on the day – for one, because i can (i feel early voting is a nice option for people who need the flexibility), and secondly because it just feels more like an Event to me if i wait until the actual day. patriotic or something, if you will. i’ll be heading out on my lunchtime to go vote. i’m super heartened by all the news of lines and multi-hundred percentage point increases in turnout. 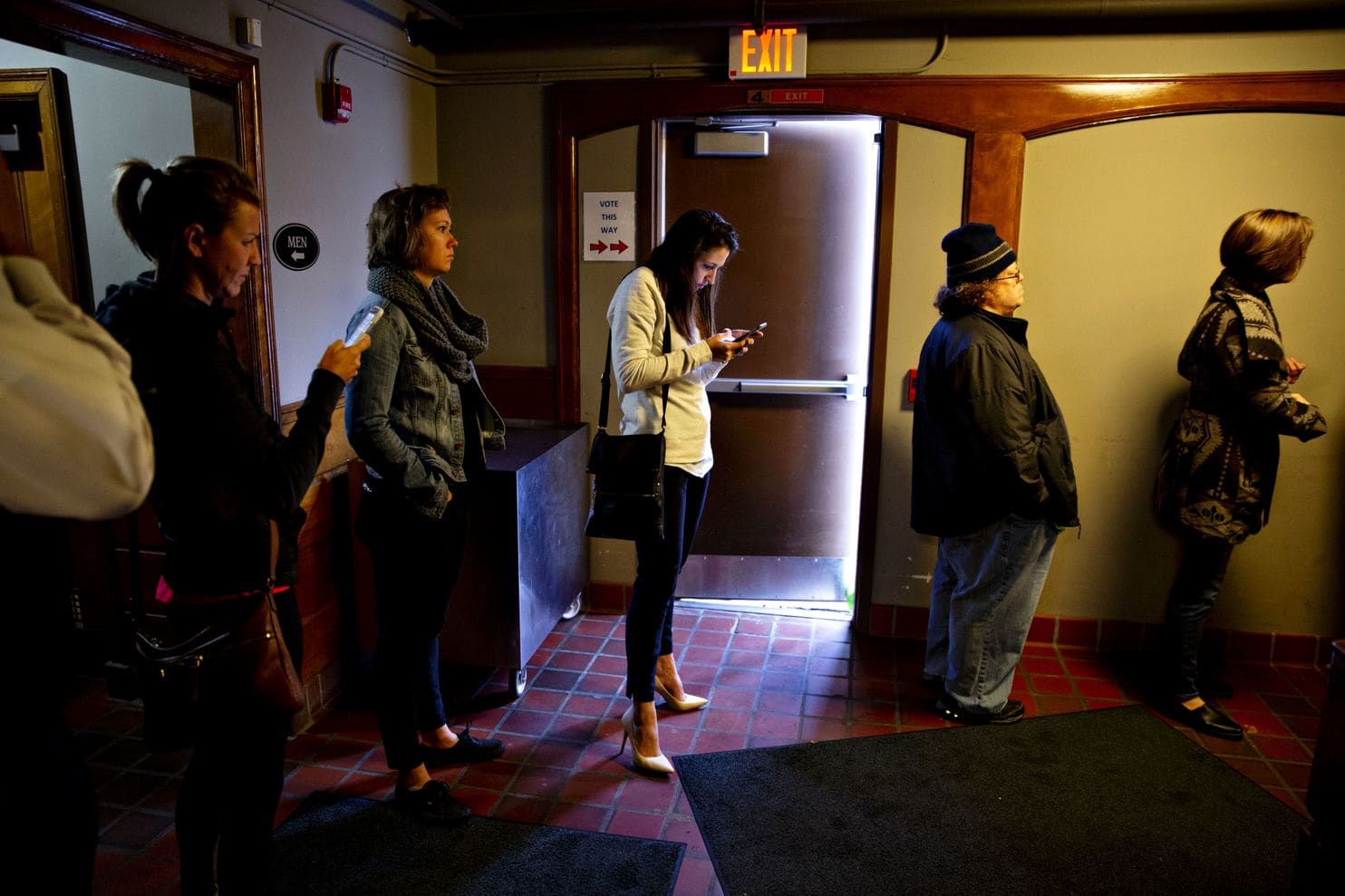 Analysis | Voting? Here’s how long people like you have had that right.

An interactive look at the evolution of the right to vote. 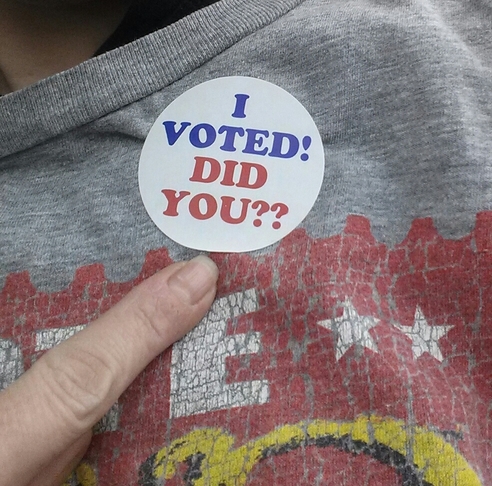 Done! There were no lines-- it’s rare to see lines in my district. But it did seem busier than it was during the primaries.

We got wristbands instead of stickers, as if we went to a music festival: 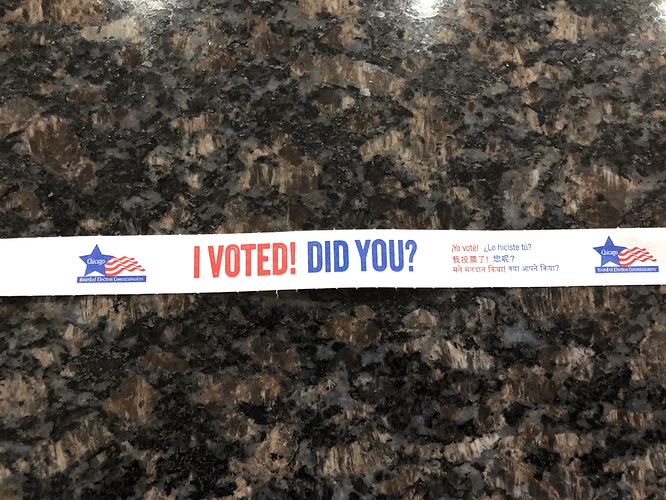 The election judge I handed my filled-out form with signature to looked to be barely 18 – around here, the average age is usually closer to 70+ – and it was clear he was having some difficulties. He finally turned to one of the veteran election judges to say “I don’t think that this signature matches”, so I looked down and could see that he was looking at my daughter’s signature page instead of mine! I guess because we’re related, our signatures are more similar than two strangers’ would be, but then of course they were different because we don’t have the same first name. No harm, no foul; I explained that it was my daughter and she would be coming later, and all was well. And I thanked him for being so careful, because what if someone really did try to usurp my vote before I got there?

So there you go, folks: voter fraud, just like they claim!

Due entirely to some arbitrary rule about having to be a US citizen, I am not allowed to vote today. So unfair! No nuclear annihilation without representation!

Nonetheless, I know I can count on you, O my American brothers and sisters, to do the right thing. 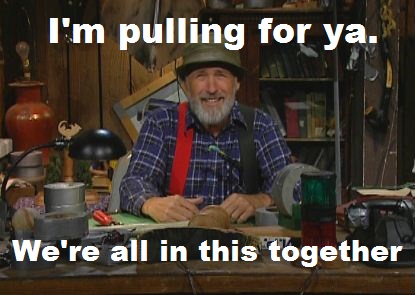 Due entirely to some arbitrary rule about being a US citizen, I am not allowed to vote today.

Is there a missing “not” here?

We voted a week ago, on a Sunday, and it was busier than usual. And a lot of young volunteers!

Is there a missing “not” here?

I don’t think so, but I reworded to remove any possible ambiguity.

I voted early this morning, sizable line just enough to keep the election judges on their toes. Got my millennial daughter and her boyfriend to vote. Whatever happens, at least we’re showing our power.

Nobody can pull for ya’ quite like Red Green does.

i walked into my precinct location, had my choice of machines, and was done in 15 minutes. i got back home to read that maybe 8 or 9 blocks away, downtown, the lines were so long people were leaving. the kicker is that this year people in my county are allowed to vote at any polling place on voting day, ugh.

Follow up: my daughter went to the polling place about 4 hours after me. She went up to a different election judge, who said “oh, no, you can’t vote; you already voted” and when she objected, my election judge interjected “no, that was her mother” and called her by name (having only seen it that one time, 4 hours previous).

Anyone who thinks that people can just willy-nilly commit voter fraud have no clue how on-the-ball the election judges actually are.

It took all of one second to vote. And like an hour to get upbraided by my students because apparently early voting gives a paper trail.

Yup, and according to the emails I got, it supposedly got accepted.