The cosplay fanatics are at it again in the UK so here’s the only Queen that matters. 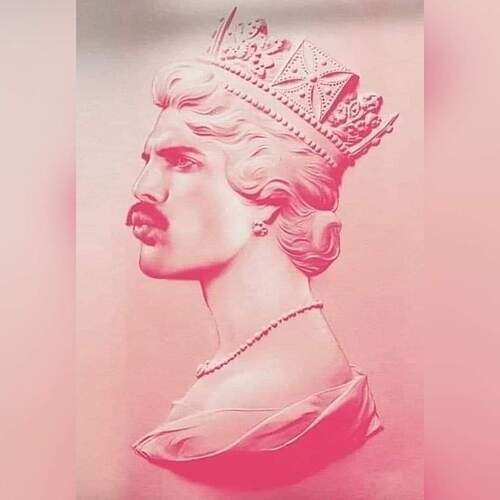 This year the kids get a little plastic flag to wave on their way to the foodbank.

Far more so than the faux patriotic shenanigans going on here right now!

A certain anti-authoritarian anthem linked to the punk rock pioneers and the British monarch, is being re-released as Queen Elizabeth II celebrates her platinum jubilee.

Also… I’m kind of interested to see how Harry and Megan and their babbies show up and ruin the event, according to the British tabloids…

The man who repairs her carriage wheels was awarded an MBE for services to wooden carriage wheels earlier and people are losing their shit with excitement that a couple of posh little kids had their first ride in a carriage today, but those were the Good kids, not their evil cousins.

It is so weird here right now.

Even Buzzfeed had a story on that…

For today, even republicans like me can put up with the pomp with a drink in...

Whatever our vision of the future, there is no doubting public admiration and affection for the Queen herself, says Guardian columnist Polly Toynbee

It is so weird here right now.

Patriotism is always a weird thing. It’s a modern phenomenon that has led to some seriously horrible things, that most people tend not to interrogate at all, at least in the US and UK. I tend to think that in most other places, that have proper history educations, patriotism is less this knee-jerk, us-vs-them mindset, and more something to be generally wary of and careful with.

There was a fellow earlier gushing about how historically unique this event was, [this length of reign] “never happened before and probably never will again!!” and I’m like Yeah, I fucking hope not…

Every few houses there is another tacky display or some cheap plastic bunting flapping about. Almost every shop has something in the window. My favourite are the cut-out cardboard masks of various royals stuck to the glass with tape, they are suitably sinister especially when the eye holes have been popped out.

My favourite are the cut-out cardboard masks of various royals stuck to the glass with tape, they are suitably sinister especially when the eye holes have been popped out.

Seriously… that should be a horror movie of some kind… You put on the creepy masks and turn into a violent nationalist monster who hacks up anyone who isn’t sufficiently excited about the Jubilee or being British!

I hope that stays as a movie idea, it’s all gone a bit Scarfolk around here already. 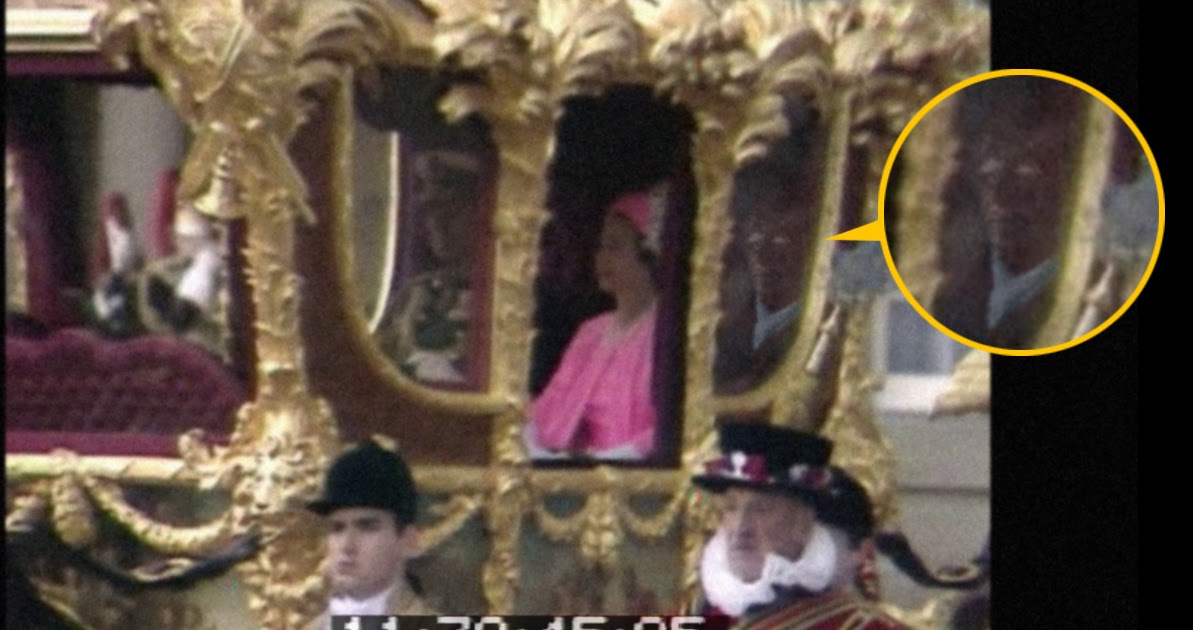 During the Queen's Silver Jubilee in 1977 a ghostly figure was spotted by alarmed viewers in a BBC broadcast. The spectre appeared to be sit...

Terrifyingly so. Totally nails the vibe of 70s British “safety” posters and the like.
There’s probably one about correctly waving a Union Flag at a public event to avoid punishment.

I guess that’s a whole genre… it and Welcome to the Nightvale (which is basically a horrific version of NPR).

As if things were terrifying enough right now!!

No music, no voices. Just a whole bunch of booms.

Never not annoying. When we had my dad’s funeral at the graveside service, they did the 21 gun salute… made me jump out of my skin…

Absolutely, never not a weird or scary thing to do.

It didn’t help that they were off to the side where I couldn’t see the shooters… for my grandfather’s at least they were out in front of us where you could see them.

Surprise gunfire is not a salute, that is an ambush.

Also… I just found myself looking at the BBC coverage of the Jubilee… very… in favor of the whole thing, I’d say. They had a set of pictures from literally every year of her life.