This is what passes for heat wave apocalypse in the PNW?

99 and 100 is pretty hot. And the PNW is a rain forest, so I bet it’s incredibly humid as well. That being said, I don’t know what the average temperature is there usually.

And the PNW is a rain forest, so I bet it’s incredibly humid as well

Only on the coasts and it isn’t that bad in the summer which tends to be pretty dry. Portland is a fair bit inland.
I mostly have Seattle to go by but it is sometimes a bit humid but not the visceral force of solid air like St. Louis where I grew up and parts southeast of it.
Also it tends to cool back off into the 70’s at night.

This is what passes for heat wave apocalypse in the PNW?

that’s the part to pay real attention to folks.

A red flag warning is a forecast warning issued by the United States National Weather Service to inform area firefighting and land management agencies that conditions are ideal for wildland fire combustion, and rapid spread. After drought conditions, when humidity is very low, and especially when there are high or erratic winds which may include lightning as a factor, the Red Flag Warning becomes a critical statement for firefighting agencies. These agencies often alter their staffing and equipme...

100 and incredibly humid sounds like Maryland during a regular summer.

That could be a problem, especially if these houses aren’t designed to keep cool either.

I can’t remember it ever hitting 99 or 100 four days in a row. It makes us wonder if human life is even possible. It’s like reading that there will be a hard vacuum across the metro area this week. If it was only for one day maybe we could hold our breath. 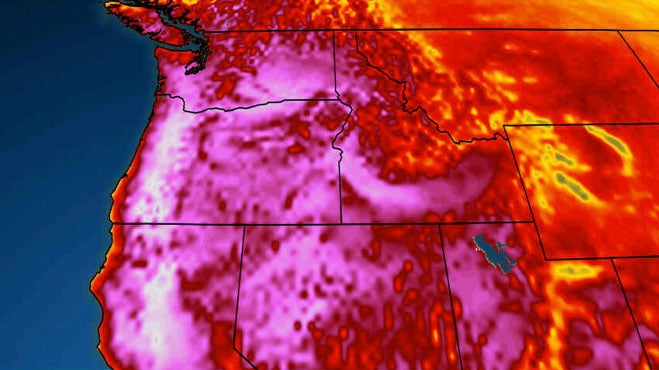 While much of the rest of the country cools off, the Northwest will sear in record heat. - Articles from The Weather Channel | weather.com

It makes us wonder if human life is even possible.

Well, I guess people have been living in the middle east for nearly forever, so they figure it out somehow. Not that 100 degrees isn’t terrible, just that people have done it and still do it, for most of that time without air conditioning.

Add smoke and you have Vancouver. We have both heat and air quality warnings going at the moment.

Whoever brought camels to Texas was way ahead of their time.

I… don’t understand. I merely was pointing out that people live in what are pretty some extreme conditions in many places around the world well before we had AC or even electric fans. People have also lived in the SW region of the modern US for a long time as well.

I also hate it when it hits the upper 90s and over 100 here. I feel @smulder’s pain, especially since our hottest months now tend to be late July through September, with August being the worst. We’ve had a pretty mild summer so far (rainier than usual) so I am expecting August and early September to be pretty hot this year.

I merely was pointing out that people live in what are pretty some extreme conditions in many places around the world well before we had AC or even electric fans.

And many of those civilizations where it is regularly >100F rely on camels/relied on them prior to electricity and gasoline. Rain forests don’t stay rain forests very long with long periods of hot dry weather. Good thing we have some camels in North America now.

If you think i was disagreeing in any way, that would surprise me. Implied “yes, and”

My in-laws live in the Bay Area. We left 104-degree L.A. heat for a few 78-degree days near Mendocino, then a couple of 102-degree days rafting near Sacramento, and ended up back at my in-laws’ place where they were complaining about the 93-degree heat. Come to find out, their (remarkably well-appointed and expensive) house has never had AC. Who knew? First time we’ve been there when it was noticeably hot.

I still don’t understand. I didn’t note anything about camels, merely that people live in extreme temperatures.

If I said something stupid or offensive, I certainly apologize.

Camels are likely to be useful in the civilization to follow ours. It’s a good thing we have a breeding population.

I definitely changed the time frame on you there, sorry about the confusion

Oh. I get it now. should we start freeing them from zoos now?

And no worries. I was confused and you set met straight.

My 16 summers in East Asia laughs at your ruined cold brews and dirty air PNW USA and Canuckistan!

Seriously though: I could kill for a good cuppa joe.

Seriously though 2: Stay safe. Like the Wu Tang Clan that sort of weather ain’t nothing to fuck wit.

Let’s put it this way. The weather is sunny and hot. Whether or not we see the sun depends literally on which way the wind is blowing. 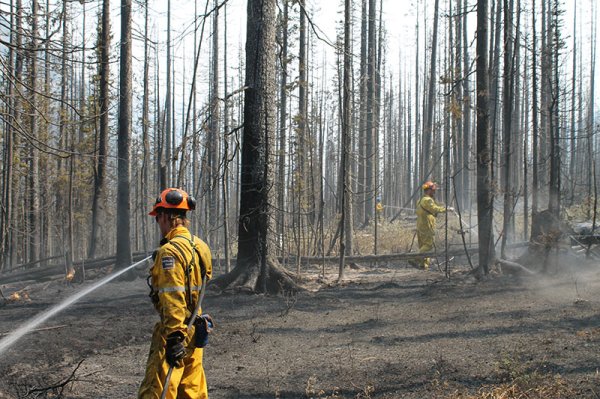 B.C. wildfires map 2017: Current location of wildfires around the province

The B.C. Wildfire Service has provided a map of where the fires are located.