So Trump did not die in his sleep last night? Crap

Wake up every morning hoping for news…

“I’ve done things the fake news media wouldn’t believe. The best words, just tremendous words. I grabbed covfefe despite the negative publicity. That makes me smart. All those moments will be lost in time, like Hilary Clinton. Sad!”

Aliens take him out as a goodwill gesture.

C’mon Kim, I’ve never asked you for anything before, but…

Maybe he’ll step on a mine.

I’m sure I’m already On A List, but I just want to point out again that Gerald Ford had two assassination attempts during his brief presidency.

I shudder to think how many attempts were made on St. Jimmy.

I don’t want Trump to die.
I want him removed, and I want him to know he has been removed. Ideally someone like John Oliver, Noam Chomsky, Ruth Bader Ginsburg, Elizabeth Warren or any combination thereof should march into the Oval Office and announce “You’re fired” live on camera. And then Security would come, take away his iPhone and office key and escort him from the premises.
Pence can die if you like, he’s sure he’s going to a white Protestant Heaven. It would be doing him a favour. If it’s in a mass shooting, can I nominate some British politicians to be around him at the time?
Who else has to go before Tillerson gets the job? He seems a bit evil but sane. So was Clinton, and that didn’t work out too badly.

I agree with you totally. I wish no harm to anybody. But I still check the news every morning to see if he choked on his ego…

We are not the only ones having this particular fantasy.

As chaos continues to swirl around the POTUS, these eight TV writers have a few ideas of how he could make his hotly anticipated exit.

Can you even imagine what would happen if Trump died in office? In the world that gave us Pizzagate? I think it would not be pleasant.

I’m sorry to be petty and vindictive, really. Maybe I’m just exasperated; maybe I’m not actually better than that. But if it were my wishes, for all the nothing those count for, I wouldn’t care for Trump to die comfortably and be eulogized with presidential honors. If he can’t be expelled in disgrace, he could at least spend long enough in a hospital bed to hear his friends and family squabble over his inheritance, completely indifferent to his final moments.

Because that’s just how the story is supposed to go. Croesus doesn’t declare himself the happiest man ever and conquer his rivals for more wealth and live on as Asia’s greatest king. You don’t get to keep extorting more and more wishes from the fish and live out the rest of your days in luxury. The goose isn’t full of gold, the arrogant frog doesn’t show up the ox, and Yertle the Turtle doesn’t look down on the moon.

And I know life isn’t like a story. It isn’t there to be fair or satisfying or end well. But in talking about the physical incarnation of greed and hubris, mixed with all the other deadly sins into some sort of racist golem con-man, I can’t help but hope for a better ending than “died of old age shortly after becoming president, showing all the power of a wealthy white man chasing his avaricious dreams”.

Every day I wake up hoping that the nightmare has finally ended.

One morning I will wake up and not be disappointed. 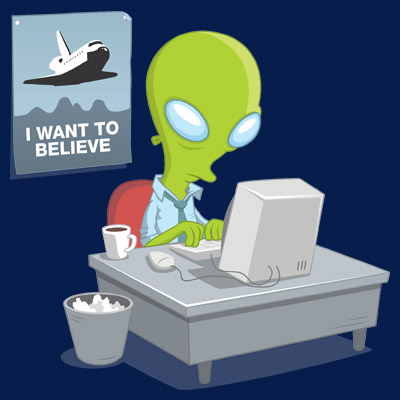 At this point, none of the possibilities are pleasant.

If Trump somehow changed his stripes, they would say George Soros had shipped him to Mars and replaced him with an actor or a c.g.i. animation.

If Trump somehow continues, who knows what will happen.

I know Trump’s power and policies are a symptom of deeper institutional problems, but the Black Death was a symptom of severe-er epidemics among rats, and ultimately, among rat-fleas.

And I know life isn’t like a story. It isn’t there to be fair or satisfying or end well. But in talking about the physical incarnation of greed and hubris, mixed with all the other deadly sins into some sort of racist golem con-man, I can’t help but hope for a better ending than “died of old age shortly after becoming president, showing all the power of a wealthy white man chasing his avaricious dreams”.

One of the side-effects of not believing in a benevolent Deity means I also don’t believe the universe contains any justice except for that which we make for ourselves. Every single day, that man stands next to dozens and dozens of people, many of whom don’t like him, several of whom (at least) utterly loathe him. Every day I wonder when one of them is gonna simply shove a ballpoint pen into his neck and thus save some fed-up civilian with nothing to lose the trip.

Because that’s just how the story is supposed to go.

Unfortunately there is always the possibility that Trump is only an extra in a story about America.

If I were to pick a preferred way for Trump to check out, it would be in a prison in Puerto Rico, our 51st state, 10 years into his 18 consecutive 99-year sentences, in the same cellblock as fellow inmates Pence, Bannon, Priebus, Ryan, McConnell, Spencer, and Yiannopoulos, of a pre-existing condition because of a specific exemption in the Medicare For All Act of 2018 which excludes him.

But really, just being escorted directly from the White House and into federal prison, and getting banned from Twitter forever, is all I ask. Everything else is just icing.

The goose isn’t full of gold, the arrogant frog doesn’t show up the ox,

Trump is not the frog.

We are the frog.

Trump is the scorpion. Or the boiling-pot.

Aliens take him out as a goodwill gesture.

I just realised how much Jack Nicholson’s President in Mars Attacks! is just like Trump.