Does any body know why these clouds have central voids. They seem to be coalesing around the middle. 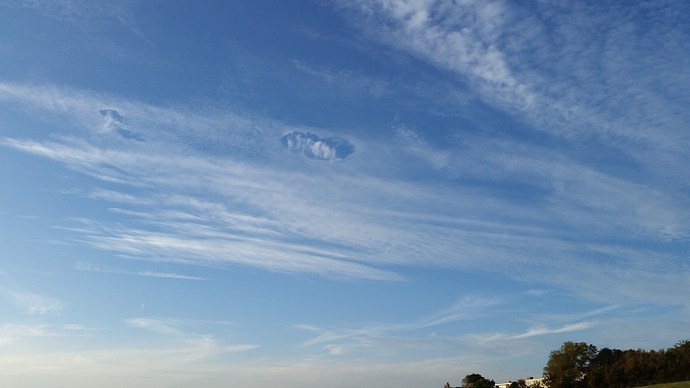 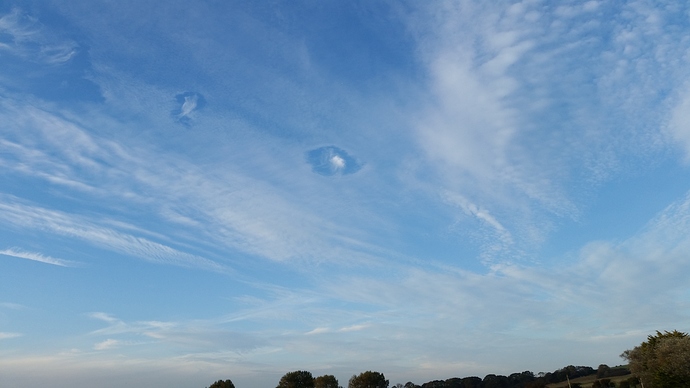 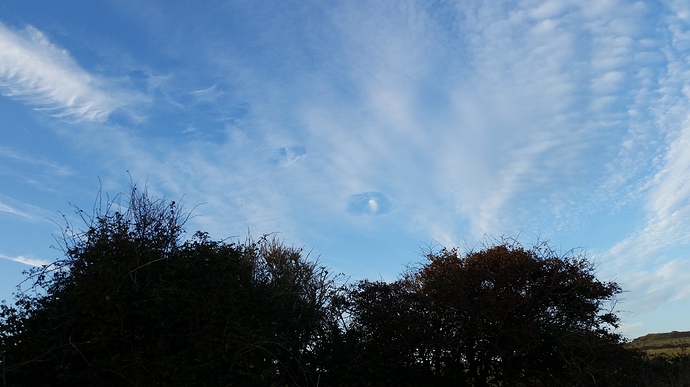 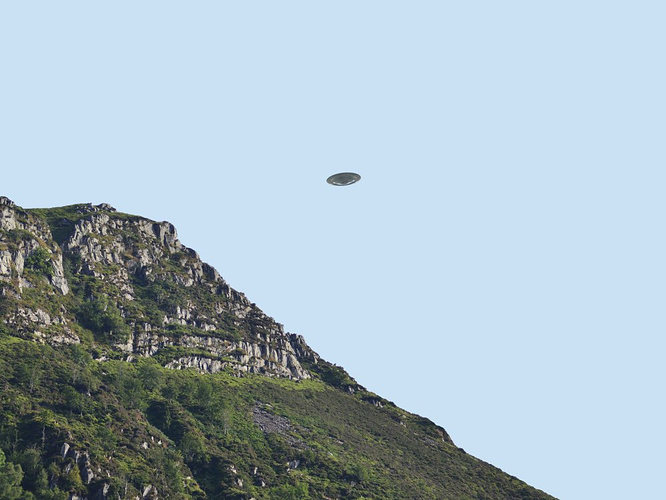 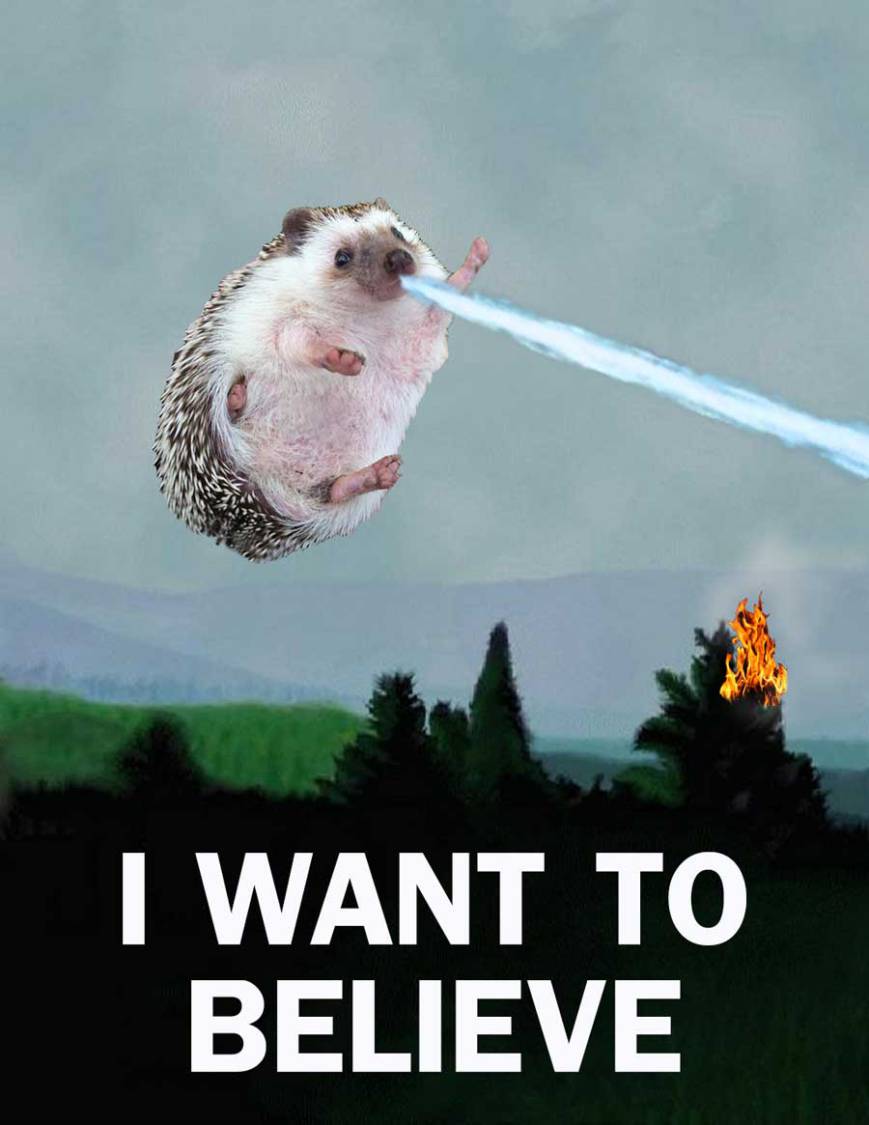 The Chicago O'Hare UFO sighting occurred on November 7, 2006, when people at Chicago O'Hare International Airport reported seeing a saucer or disc-shaped UFO. At approximately 16:15 CST on Tuesday, November 7, 2006, federal authorities at Chicago O'Hare International Airport received a report that a group of twelve airport employees were witnessing a metallic, saucer-shaped craft hovering over Gate C-17. The object was first spotted by a ramp employee who was pushing back United Airlines Flig...

According to this witness, nearby observers gasped as the object shot through the clouds at high velocity, leaving a clear blue hole in the cloud layer.[1] The hole reportedly seemed to close itself shortly afterward.

And George Noory will back me up on this!

Really interesting! These are a rare effect where freezing was triggered in a cloud of supercooled droplets.

A fallstreak hole (also known as a cavum, hole punch cloud, punch hole cloud, skypunch, cloud canal or cloud hole) is a large gap, usually circular or elliptical, that can appear in cirrocumulus or altocumulus clouds. Such holes are formed when the water temperature in the clouds is below freezing, but the water, in a supercooled state, has not frozen yet due to the lack of ice nucleation. When ice crystals do form, a domino effect is set off due to the Bergeron process, causing the water drop It...

I was going to say aliens but @chenille provided the answer!

Or it could be one of Cthulhu’s gang coming to cause trouble.

From the Wikipedia article:

“tower controllers joked about an UFO making such a huge trip to O’Hare to return to its home because the airport gate was busy.”

@chenille nailed it I think. One of the images from the fallstreak hole Wikipedia article shows: 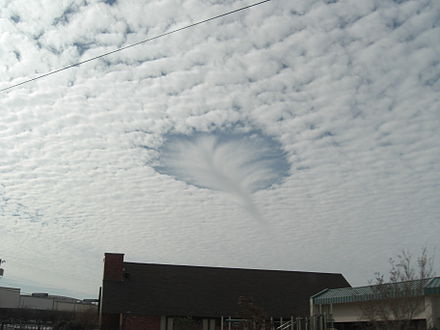 which is somewhat similar to the left hole in your first picture. Pretty cool!

Technically, this is called a “sky latte.”

Or it could be one of Cthulhu’s gang coming to cause trouble.

Don’t you mean save humanity from itself?

I want to be eaten first!!!