The wild animals that live among us

Our yard is full of wildlife - we live in a narrow stretch between highways, with one right in front of us and a bit of undeveloped forest behind us between our neighborhood and the other highway. That little channel of safe woodland brings all kinds of things. Foxes, raccoons, opossums, groundhogs, deer, turkeys, even woke up to find a black bear sitting on the back porch once.

Lately, for the last 3 nights in a row even, I’ve been hearing coyotes. (From https://www.soundboard.com/sb/Wild_Coyote_sounds I’ve heard “Coyotes Moonlight Howl” two nights and “Coyote Group” one night). The sounds have come from out back behind our back yard or neighbors’ yards.

One of our neighbors, who keeps chickens, came over a couple of nights ago with a flashlight to tell us he thought he heard a fisher cat from our direction, and to let us know he was out there armed and with a flashlight looking for it. Tonight, shortly after I heard the coyote yip-howls, we got another message from the neighbor saying they’d heard the fisher again.

My family’s terrified of fisher cats, think they’re super-dangerous animals whose fight-or-flight reflex is limited to fight only. So I did some reading about them, watched some videos.

You know the quiet goth kid in school that everyone was afraid of because they dressed in all black and seemed scary, but really they were nice and would never hurt anybody? The fisher is the goth kid of the forest. Oh to be fair, they’ll hurt their prey (squirrels, mice, bunnies, and such), but they’re not aggressive to humans.

They’re being reintroduced some places because they were an endangered species (used to be trapped for their fur), and the people who work with them all the time say they’re not dangerous to humans at all, they’ll just run away (unless they’re in the late stages of rabies, but that’s true of any animal). Also they’re quiet, they don’t make that scream, their prey does.

And now, having read all that and watched several videos, I realize that yes in fact we do have a fisher. He’s the weasely-looking thing that I’ve seen a couple of nights waddling around our yard, once not 10 feet away from me. I only got a short look at him a couple of times because when he saw me he ran away. But he had that wriggling undulating walk, and he was the right size and coloration.

So now at least there’s one less thing to be afraid of.

The fisher (Pekania pennanti) is a small, carnivorous mammal native to North America, a forest-dwelling creature whose range covers much of the boreal forest in Canada to the northern United States. It is a member of the mustelid family (commonly referred to as the weasel family), and is in the monospecific genus Pekania. The fisher is closely related to, but larger than, the American marten (Martes americana). In some regions, the fisher is known as a pekan, derived from its name in the Ab...

A mighty mustelid for anyone wondering. 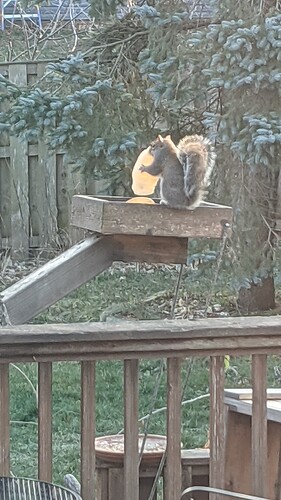 Here is one of my local Squirrels enjoy a recent taco Tuesday. (I had a pack of corn tortillas that had gone stale)

I’ve seen racoons and opossums many times. A skunk on occasion. The field mice have been given authorization to use the garage in the winter (provided they don’t chew up anything important)

Cardinals and Bluejays are common, as are a number of swallows. A red tailed hawk hangs out occasionally and I’ve seen owl pellets on the chimney, but no actual owl. Egrets and Herons fly over en-route to the nearby bog.

This is all in unincorporated northern illinois.

Voles are not the most exciting local wildlife, just the most common. Sometimes they end up in the house, courtesy of one fuzzy little murderer or another. Today it was Ernie, and I couldn’t get to the cat door in time to dissuade his entrance with the kill, so I took a photo. It’s evidence that the next animal cleanup is the other human’s turn. Ah, farm(ish) life.

My favorite wild animals are the wild turkeys (natch) but we also sometimes get groundhogs, possums, armadillos, rabbits, raccoons, frogs, lizards, skunks, deer, turkey vultures, hawks and all manner of smaller birds, and rodents. Many rodents. Once upon a time there were squirrels, but I haven’t seen a squirrel around here in about 15 years. Too many cats, I guess.

We hear coyotes most nights, but I haven’t seen one in a few years.

This weekend, I’ll have to dig out my set of local critter photos. I made a collage for my mother one year, showing all the animals I’ve found in the yard.

Of course the voles. But I mainly see the holes not the voles.

And how could I forget the buns. There was a family living in the bushes between the neighbor house and mine.

I miss my Texas Lizards, but I did have a pair of toads in the window well this spring.

pair of toads in the window well

We had a toad in the window well once many years ago. Quite neat! Haven’t seen any since.

We have squirrels, chipmunks, bunnies, deer, and the occasional fox. We also saw an opossum crossing the road right by our house one night after we came back from a restaurant. It had a bunch of babies on its back. Not an attractive animal . . . .

Also had some raccoons there for awhile, messing with the garbage bin till I installed a childproof (& raccoon-proof) lock on it. Ha!

My wife was working one day when a hawk landed on a large branch about 10 feet away from her window. It scrutinized the ground for a while and did a dive. We saw it fly off with a soon-to-be ex-mouse hanging by the tail in its beak.

It’s great to see all this wildlife, but the deer I could do without, due to all the poop in the lawn (which kills the flora) and the inevitable deer ticks. I avoid the yard mostly due to the latter. Lyme disease I can do without, thanks. A neighbor got it a while back and had a hard time with it. And my wife got a tick stuck on her a few years ago. Fortunately antibiotics worked.

And that is one reason we welcome the opossums - they eat ticks.

Lots of squirrels (gray, but the occasional red), chipmunks, rabbits, skunks, and foxes here in near-urban Toronto, and the coyotes have moved in in recent years. Of course The 6ix is the raccoon capital of the world.

To keep isolated, we often walk in the large cemetery a block from our house. Yesterday I found a little circle of tufts of fur where a rabbit had succumbed to a fox or coyote. We didn’t use to see deer, but they’ve been coming up from the adjacent Humber River valley. 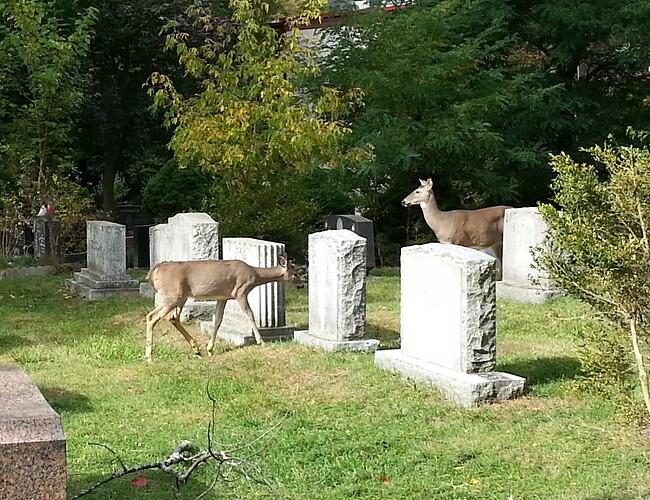 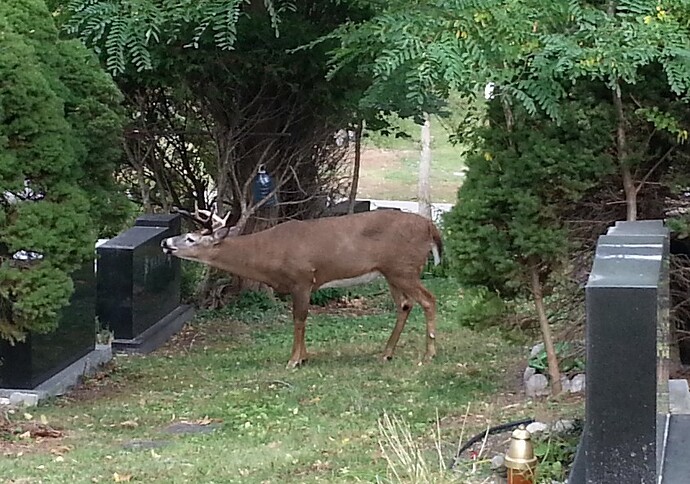 We lit off some fireworks the other day and terrified a whole roost of bats. I feel bad.

The fisher is the goth kid of the forest. Oh to be fair, they’ll hurt their prey (squirrels, mice, bunnies, and such), but they’re not aggressive to humans.

Seems to be the case. I’d never even heard of them, so I looked them up and found this article, which supports much of what you’re saying here.

Fisher cats: Animals that aren't cats, nor are they really fishers

Rumor has it that fisher cats scream before an attack and eat small children. Let's separate fact from fiction here.

Tried to get a pic, but photographing robins is hard. Flock of 80-100 in the yard 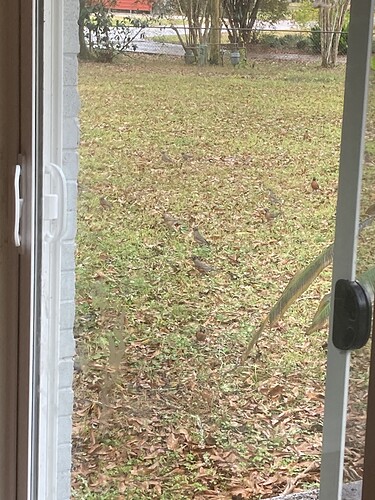 THE TREE FROG OF NEW YEAR 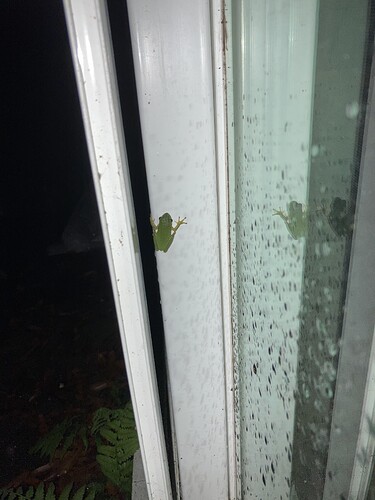 A flock of red wing blackbirds joined my robin swarm 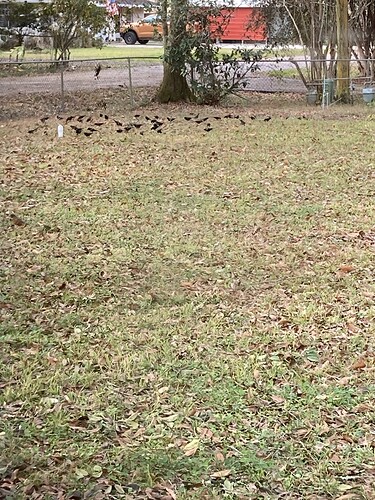 And that is one reason we welcome the opossums - they eat ticks.

I love the redwing blackbirds. They have a level of loyalty and bravado and fearlessness that’s off the charts. They’ll chase away hawks, eagles, herons, anything that threatens their family. 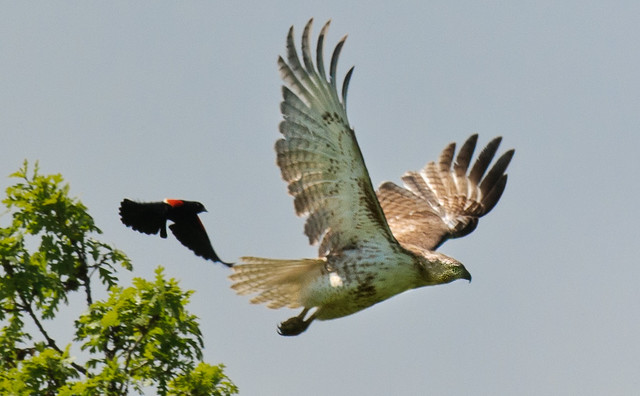 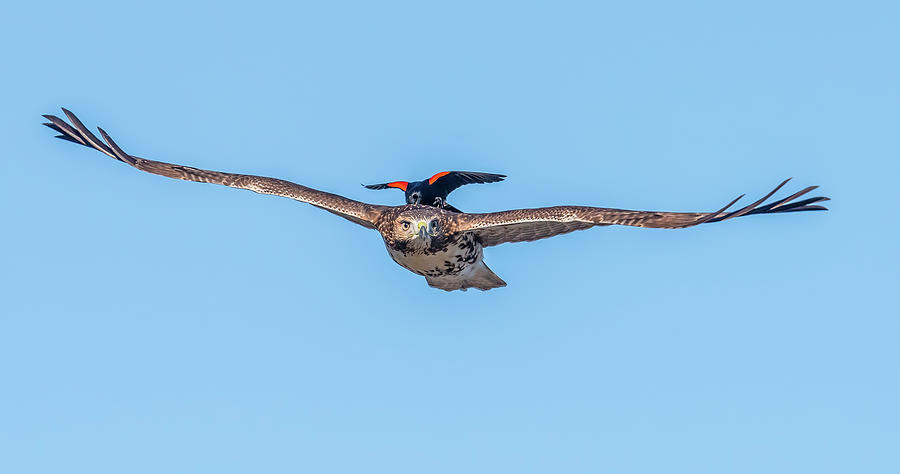 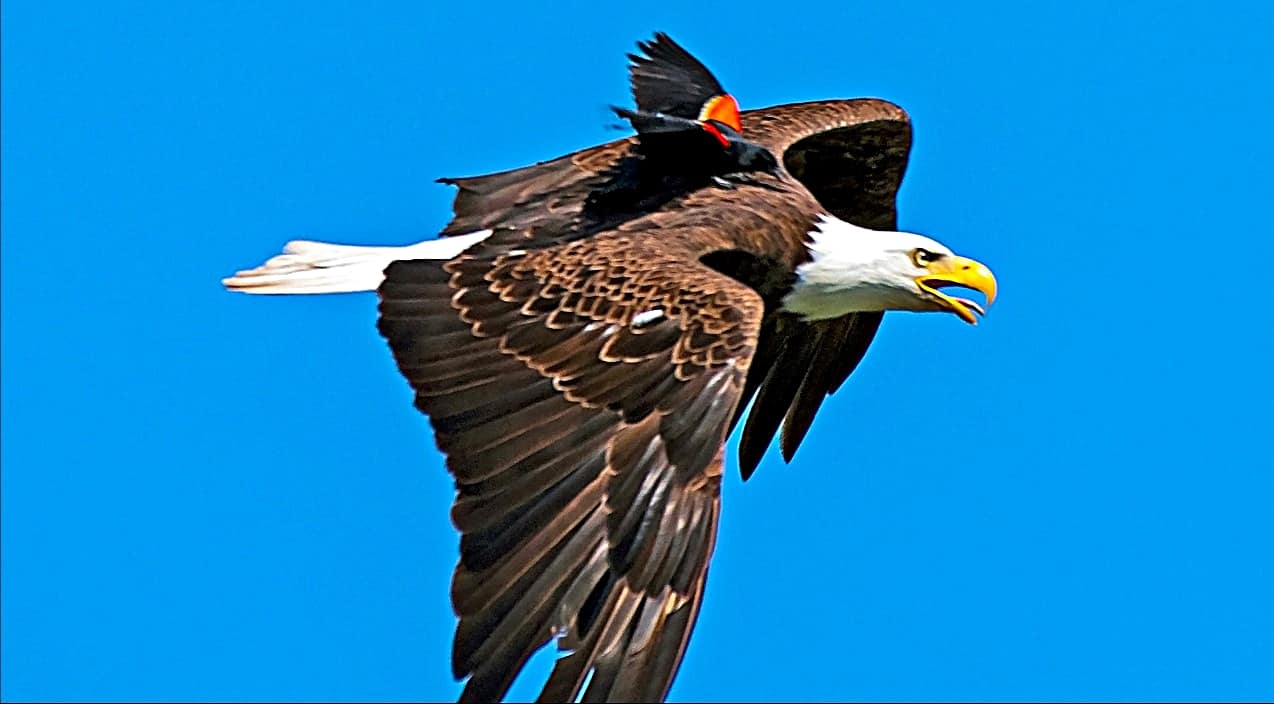 My wife and I have decided the red stripes on the wing look like epaulettes and therefore denotes the rank of the bird. 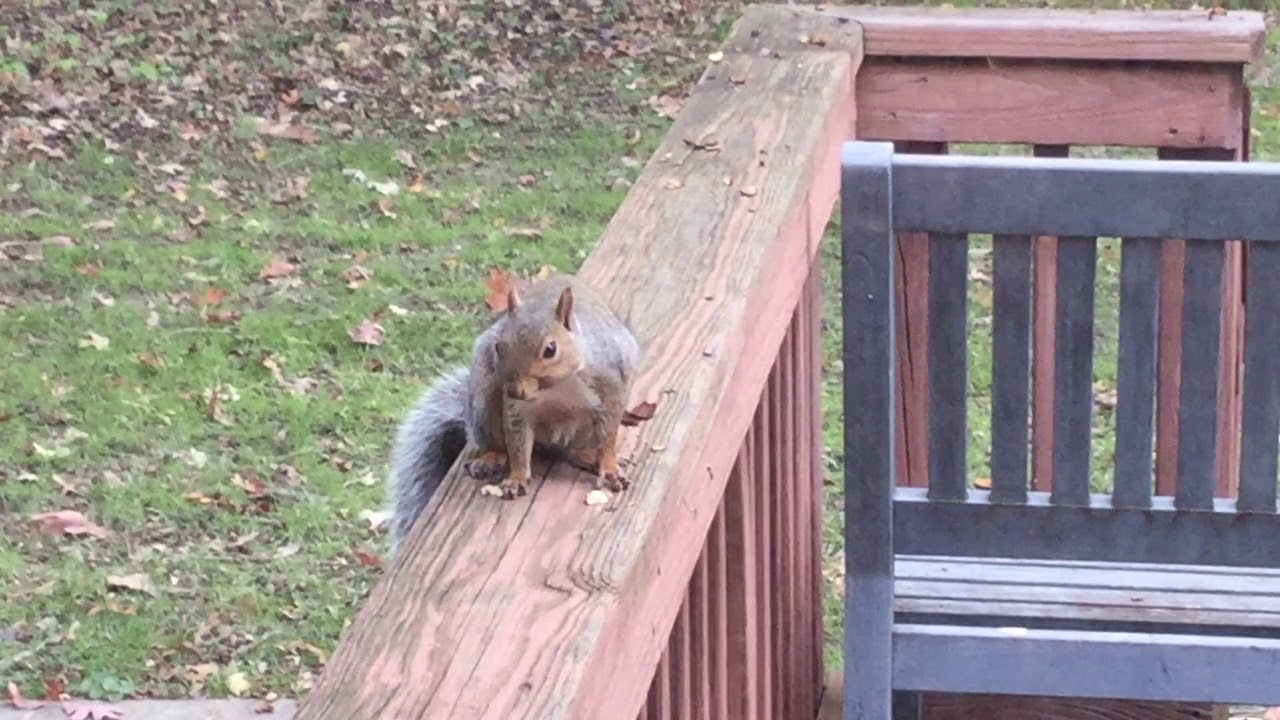 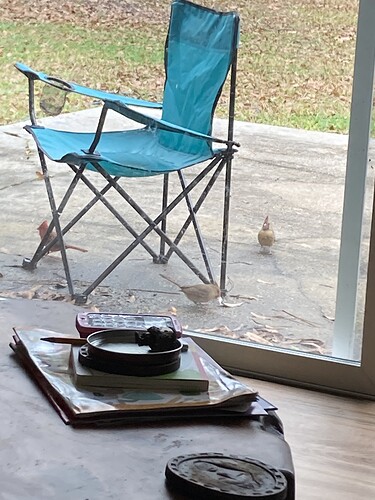 I love the redwing blackbirds. … They’ll chase away hawks, eagles, herons, anything that threatens their family.

I’ve tried explaining to them that I’m not threatening their family, I’m just cycling past their nest. I think they’re just being dicks. 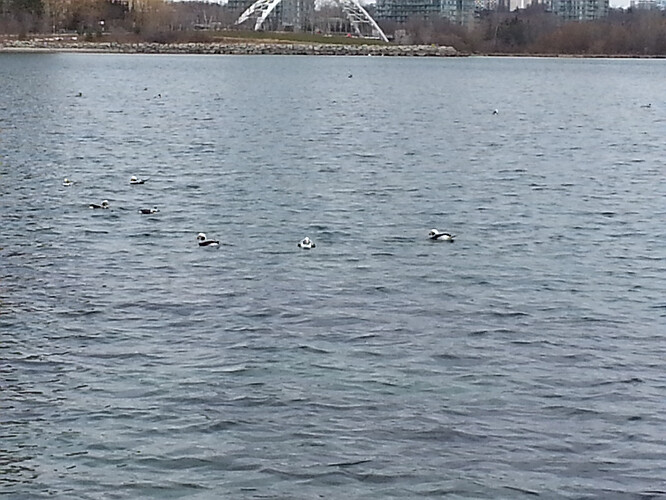 The water was clear and calm enough that we could see them swimming under the surface. I didn’t know this, but they can dive to depths of 60 metres or more. They are the only ducks that use their wings to swim/fly underwater like penguins. 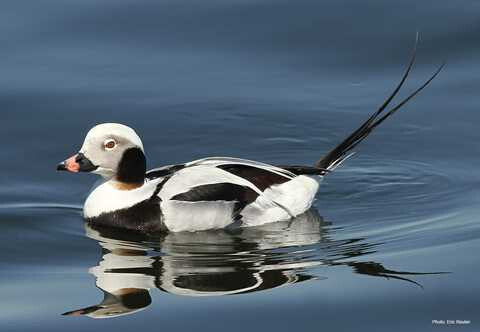