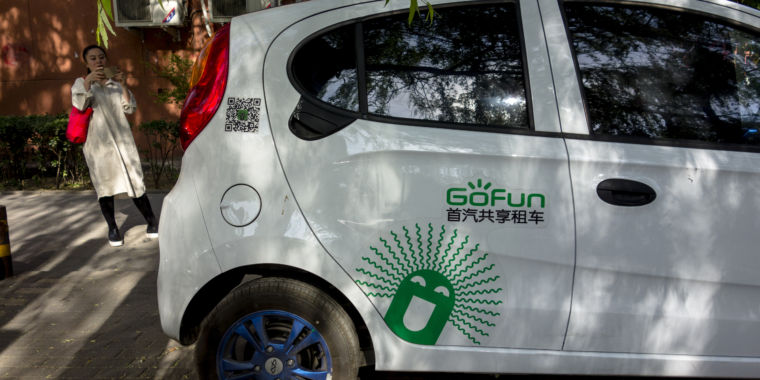 According to an IEA report, Norway and China have been pulling the weight when it comes to EV sales.

I wouldn’t mind an electric car if I could go at least 200 miles on a charge and recharging it only takes about 15 minutes tops. Until that happens, I’ll stick to my Prius.

That’s fair. For me, my daily commute is ~25 miles round-trip, so I can get by with my ~80 mile range car, and recharge at home every night or every other night. For longer trips, we have another car, although an argument could be made that renting for longer travel becomes viable due to the savings the remainder of the time. A plug-in hybrid is probably the best all-around solution right now, but those haven’t appeared in my price range, where the used EV market has. I’m also privileged to live in the metropolitan area with the most EV charging stations in the world(citation needed), so I can make choices that wouldn’t be possible otherwise.

That said, I would certainly like more range and/or faster charging. I had to swap cars with my wife the other day to be sure I wouldn’t have a problem going to a work dinner that was a little farther than I was comfortable with.

recharge at home every night or every other night.

That’s another issue I can’t go full electric car. I don’t have a home charger. While I can charge the car at work, it’s sometimes difficult to get on the chargers here.

I don’t know about other models, but my Leaf came with a portable charger that just plugs into a standard 120V outlet. It’s slow, but it’s fine for overnight charging.

My friend has a Leaf. It seems good for getting around town, but when they wanted to go to another city, it was the Prius they used.

Someday, EV will be the norm, but for now…

There is a witty caption but I’m not New Yorker smart enough to come up with one.

It’s funny that you mention that. My Leaf still has a standard 12V battery in it to power things like heating and air conditioning, the radio, etc. It is charged from the main battery pack during driving, much like an alternator works in an internal combustion car. It’s actually possible for me to need a jump start. I’m sure there are very good reasons for this, but it was a bit of a surprise to discover that it works that way.

I pay my electric company for wind credits, so that my home electricity is technically wind powered. Therefore, I could say that I am a Leaf on the Wind.

The accessories are 12 volt. Add a 12V subsystem and you can put off engineering new subsystems that hook everything much more directly into the high-V system. And you’d still want big 12V lugs with a high-current capacity so you could jump someone else.

That said, 48V has been an intended/delayed replacement standard for a while. Less copper used, but again with the incompatibilities and laziness of making new systems while already making new systems that have to be stepped down to 3-5 V anyway.

Therefore, I could say that I am a Leaf on the Wind.

Leaf advertising should be paying you. That’s awesome.

I’ve been meaning to get a bumper sticker.

Also, how is it that they don’t make one in green? 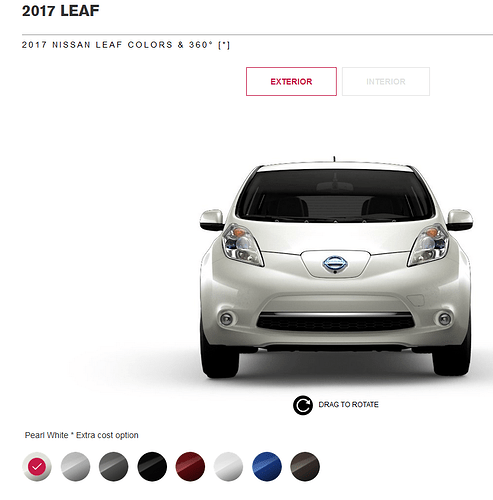 Not a lot of zing there besides the blue. Even the red is pretty muted. Would look great in the candy apple green that the Honda element had.

eta: Not sure why the image of the Honda didn’t load.

Mine is red. It’s better than what the thumbnail looks like, to me, but it’s about as boring of a red car you can have.

The leaf should be bright and bold in terms of external colors. IMO.

Look at all of those shades of gray. I seem to recall a topic on the BBS about popular car colors by country and I think the US in terms of averages didn’t go for flashy vibrant colors.

Same with home colors. I always love it when the local weirdo paints their house construction orange and other locals have a conniption. There was one in Portland Oregon when I lived there 15 years ago.

Also love me a painted lady. 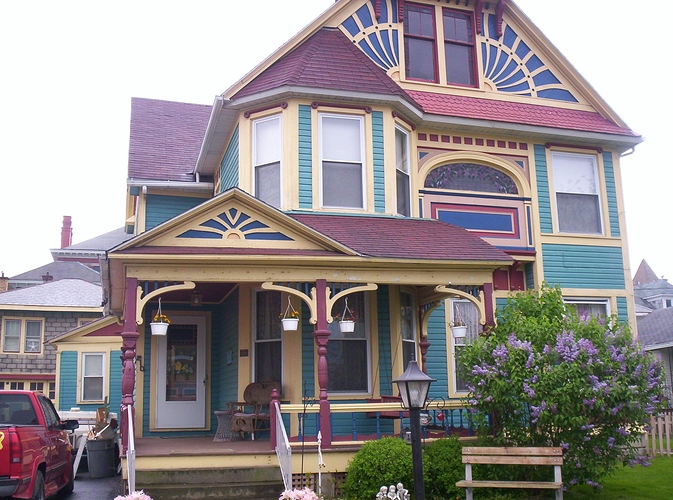 I am a Leaf on the Wind

Well that was a Wash…

The answer is blowing in the wind my friend.

Getting back on topic (is there a badge I can earn?), we have an ICE car, and are considering a second vehicle. I’m leaning strongly towards an EV. The province of Ontario gives generous subsidies to purchasers of EVs, and even the 150 km (93 mi) range of the Kia Soul EV, for example, would handle all my round-town needs. With the Chevy Bolt promising a 238 mi range, even modest out of town trips would be possible.

I think EVs have already reached the point of being the ideal second vehicle for urban dwellers, and even a viable first vehicle for those willing to rent a car for longer trips. The only real drawback is range, balanced against greatly reduced fuel and maintenance costs, the satisfaction and possible perks of driving a zero-emssions car, and, for me, the cool factor of driving the future.

And you’d still want big 12V lugs with a high-current capacity so you could jump someone else.

Let them eat electrons. But seriously, one of those little portable jump-start packs that are available now should do the trick. (A couple of years ago my old car wouldn’t start, and I asked at the club I was visiting if anyone could give me a boost. Only one guy had a car there, and when we got to the parking lot it turned out to be a Prius. I had never looked under the hood of a Prius, and I suspect the owner hadn’t either, but we couldn’t find anywhere to attach the cables.)

This just opened in Ontario, sponsored by the provincial government as well as car manufacturers and other stakeholders.
https://plugndrive.ca/electric-vehicle-discovery-centre
They actually have a few vehicles available to test drive, including a BMW i3

I’ll definitely be visiting there soon.

I’m going to need a new car soon, and boy would I like it to be electric.
It won’t be, though.
Here’s why:
I have three little kids. There are, to my knowledge, two electric cars on the market with third-row seating: The Tesla Model X and the Tesla Model S (with awesome rear-facing third row option). I (sadly) can’t afford either.
A Model X would be fantastic- more than enough range to handle my commute, the space to handle the kids (and all that goes with them), and a super-low cost to operate. But I can’t swing 100k to drop on a car. Just not going to happen.

And so that’s it. There are loads (increasingly!) of decent smaller electric cars that are pretty neat, but there are (as of yet) precious few larger automobiles for those of us that need to drag around large piles of children.