To Alcohol! The Cause of, and Solution to, All of Life's Problems

It also sounds like a good home remedy. IIRC there’s evidence that ginger’s good for the stomach, but I’ve found that even with common colds, just handling the ginger (breathing in the fumes) can be helpful.

A late happy birthday to vodka then! 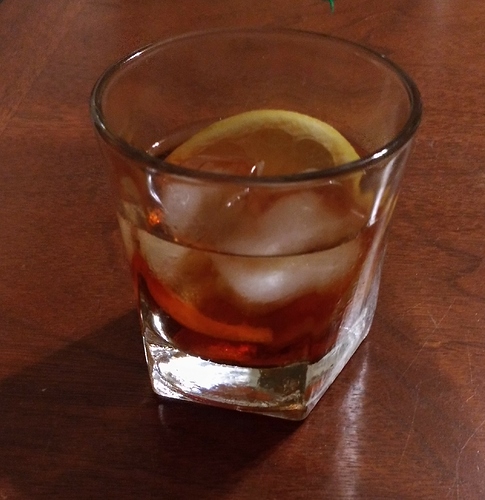 Pour everything in a glass, stir. Drink. 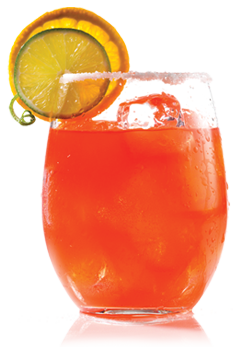 TEMPE, AZ—Touting numerous benefits of the practice with a series of loud, slurred remarks, drunk nutritionists from Arizona State University held a press conference Wednesday at which they strongly recommended eating an entire frozen pizza at 3 a.m....

This thread needs more alcohol. Here’s one of my personal favorites.

Mix and consume. If you’re feeling fancy, use a glass.

It certainly seems to be a salve or temporary respite for me tonight. That and autocorrect.

A Mexican waiter recommended a Michelada to me recently, and for some reason I said “sure”, and was amazed. Even though all of the individual ingredients sounded awful – cheap Mexican beer, Clamato, Maggi sauce, tabasco – somehow when you put all of them together on a hot summer day, you get something savory and unexpectedly delicious and refreshing.

A Mexican waiter recommended a Michelada to me recently,

You know, that’s the second time this week I’ve heard that drink refered to as a michelada, I need to go out drinking more often. Around here we would call that a clamato, probably because that’s the main ingredient.
A michelada would be beer, lemon and a pinch of salt.
But yeah, when my wifes family comes over we make sure to have a couple of large bottles of clamato on hand

Plus, it’s WAY better than a US-Midwest “red beer”, that’s just cheap beer and tomato juice. I once worked the 7 am shift at a bar next to a factory. That’s a very popular drink, but blergh without the spice!

Oh god. I know it too well.
I once worked on a community theater production of Lord of the Rings, and our Gandalf was a guy who was a professional Santa Claus – huge guy, huge white beard, huge voice. After the first night of rehearsal, he said he’d see us all at the bar and headed over. When we got there, he’d bought us all a round of his favorite drink – Bud Light and tomato juice. He grinned and boomed, “I’m an ex-Marine! This is what we called “bloody horse piss”! Drink up! HO HO HO!”

Eeeeew. Very few things sound more disgusting than “bloody horse piss”, and I’m going to have to go bleach my brain, lest I inadvertently think of some of those…

At the North Pole they call it Bloody Reindeer Piss

What is really called for… 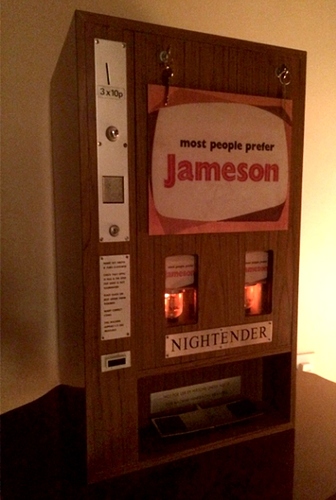 cheap Mexican beer, Clamato, Maggi sauce, tabasco – somehow when you put all of them together on a hot summer day, you get something savory and unexpectedly delicious and refreshing.

Currently having my own modification of a recipe for a “kentucky buck” that I saw today (I didn’t have some of the ingredients, so hacked it together from what was on hand). My version:

The result came out a lot better than I’d expected, and very drinkable. I do think it needs some tweaking, though I’m not entirely sure what to tweak. The original recipe called for a strawberry, lemon juice, and simple syrup (as well as some different proportions), but I’ll have to make do with what’s on hand. Might try cranberry or prickly pear bitters next time…

Hence the title, I suppose.
Long term: cause of.
Short term: solution to.

But thanks, Ma. We do trust you.

…never to return to this particular thread

You cannot resist the power of my reply notification.