Well, this is confusing

What really puzzles you?

I was looking for breakfast cereal. I couldn’t find any I could eat. But it struck me that at least 2/3 of the cereal at the store contained honey, and the rest lots of fructose.

I thought the honey as a skin/throat treatment thing was because it is an antiseptic.

Indeed, medicinal importance of honey has been documented in the world's oldest medical literatures, and since the ancient times, it has been known to possess antimicrobial property as well as wound-healing activity. The healing property of honey is...

I think a lot of stuff that says it contains honey is actually sugar water, btw. 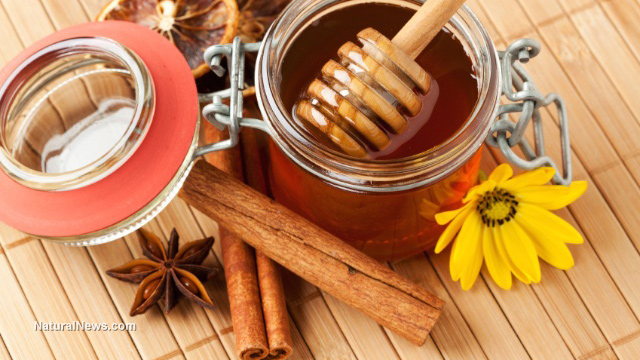 I think a lot of stuff that says it contains honey is actually sugar water, btw.

This really made me curious, so I’ve done a little hunting around… I apologize if this is going too far off topic.

This really seems to depend on what you define as “honey”, and the naturalnews.com article seems to be conflating two partially related, but very different things. I haven’t been able to find any solid source for the claim that the FDA says honey without pollen isn’t honey (the nonbinding guidance on the FDA’s site doesn’t seem to address the issue of filtering at all), but the U.S. Department of Agriculture and the National Honey Board don’t seem to consider pollen an essential part of honey.

The big issue seems to be that some unscrupulous manufacturers, particularly in China, do both “ultrafiltering” on their honey (which affects the honey’s content), as well as adulterating it with things like other sweeteners and then try to pass it off to other companies as the real thing. But the normal factory filtering processes performed on non-adulterated honey will remove the pollen as well - lack of pollen isn’t an indication that the honey is adulterated or ultrafiltered.

The FDA does require labeling to specify if honey is mixed with other sweeteners, and doesn’t allow non-honey to be sold as honey. So it really seems to depend on whether you’re specifically wanting pollen in your honey (perhaps for its (contested) positive effects on allergies).

And then I’ve been told to buy local honey because its pollen will help your body to stop perceiving allergens as allergens.

We also have these:

So, local is best (generally) but domestic also isn’t likely to kill you. Import is a little harder to catch everything.

I’ve been told to buy local honey because its pollen will help your body to stop perceiving allergens as allergens.

The counterpoint I’ve heard is that, for most people (though not all), the allergy is to pollen that comes from grasses and trees. The flower pollen in honey isn’t the same thing.

There’s also this potential issue, which would depend on how much filtering you decide to accept in the honey you get:

It’s rare, but eating unprocessed honey can cause a serious allergic reaction. You might have itching, hives, or swelling of your mouth, throat, or skin. The culprit: pollen or bee parts in the unprocessed honey.

The counterpoint I’ve heard is that, for most people (though not all), the allergy is to pollen that comes from grasses and trees. The flower pollen in honey isn’t the same thing.

I grew up in a honey-producing area, and when I was in elementary school we went on a field trip to the University of Guelph (major agricultural university in these parts). We learned about bees, and the university’s apiary manager let us sample different honeys made by bees from the same hive, but who had harvested pollen from different fields. He pointed out the different flavours to us. He could tell which were the dominant flowers in a given batch of honey from the flavour.

It was all highly cool. I still check local honey labels for the farm’s postal code to try to buy from as near to Guelph as possible.

I’m allergic to sun screen.
As in, I’m on the edge of needing to carry an epipen.
It started with hand swelling, as the dose concentration being highest in your hands after application, this makes sense. I tried a few different brands until I found one that I didn’t react to. But it was a store brand, and the formulation changed and I started reacting again. So I lowered my usage, and that worked for a while, the hand swelling never returned. But then I my throat started swelling, and at much lower exposure. Which, let me tell you, is pretty terrifying. I’ve talked to my doctor about this, her reaction was “so you just don’t use sunscreen then.” So I don’t. I’ve never had a full blown anaphylactic reaction, yet. And I hope I never do. So I have hats, and scarves, and reef shirts that are 30UV protection so I’m good.

Every time, and I mean EVERY time I mention that I can’t use sunscreen; well meaning people either try to APPLY sunscreen to me, or offer me their special brand of sunscreen. Why. Why do you do this. I do not understand! This confuses the fuck out of me!

Also, talking about honey, unless you are buying local honey, you’re probably buying chinese honey that’s been mislabelled. The honey industry is probably as corrupt as the olive oil industry.

Every time, and I mean EVERY time I mention that I can’t use sunscreen; well meaning people either try to APPLY sunscreen to me, or offer me their special brand of sunscreen. Why. Why do you do this. I do not understand! This confuses the fuck out of me!

That’s like when I say I’m allergic to coffee and people offer me decaf. And that’s usually after they already know I drink black tea. People just don’t listen, or else they do listen and then read weird things into it.

I think people are trying to be helpful? We’ve presented a problem, so they’re trying to solve it? When really, we’re not actually asking for help, we’re stating a fact. People, we’re a weird a bunch I tells ya!

I really don’t understand using dangerous weapons as safety signals. On so many levels. I can’t begin to understand. I find it inconceivable. For example, flashing lights, such as turn signals and the strobe-weapons mounted on ambulances, police cars, and school buses.

At one level, I’m wondering the public-safety rationale. I’ve looked and haven’t found any studies considering the dangers on the ground, though there are a few studies of the dangers on helicopters.

At another level, I’m wondering how visual and vestibular processing works for most people, and how to explain our experiences to each other.

I had a hearing test a few years ago, and one part involved blowing air into each ear to induce dizziness or something. It didn’t. I felt the air in my ears and nothing else.

I have to keep screen brightness down.

I think flashing lights defeat the eye’s ability to adjust to bright lights.

But there are other effects involved.

I know from experience that wearing an eye-patch over one eye helps, though it doesn’t help enough. That implies something in the brain, trying to match images.

I know that blinking cursors can trigger migraines, so it’s not just the brightness and the ability to defeat the eye’s adjustment.

I also know that flashing lights can continue to flash when the source has moved. So a flash from a school bus where it had been, rather than where it is.

That’s an interesting question. Some of what you are writing about reminds me of things I read in a book about strobismus, but not exactly. What reminds me of it is how it turns out the reason people have lazy eye is because their brains can’t create 3D images, so then people with that condition turn one eye out to take the information out of their consciousness and the work off their minds of trying to connect images together that won’t match.

I will also have the radio on, all the lights on, the TV on, and probably be on my phone and my laptop at the same time. Sensory overload for some, bliss for me.

I hated the chemicals in early sunscreens as the fumes bothered my eyes. I once got some in my eye and I was blinded for about an hour. Now I use sunscreen from Nutragena that is made of titanium oxide and zinc oxide (nanoparticles maybe?) and it’s much better.

I use their soap, and tried their sunscreen. Got a mild asthma attack after that. I just avoid sunscreen now.

I’m not allergic to sunscreen, but my ginger-ness means I have to take pains in the sun AND my skin is pretty sensitive. I find UV clothing superior in every way, for what it’s worth- you can’t sweat off a shirt.
I use rash guards in the water now, and I’ve never been so happy (or so well protected).
I assume you have a growing collection of wide-brimmed hats, right?
If you’re going to spend a lot of time in high-sun areas, there are UV rated gloves, too (most often marketed, I think, towards fly fishermen) that would get your hands some protection.

Fun fact: the first sunscreen that triggered an allergic reaction was Neutragena! Neutragena and Ombrelle were the worst offenders! I had better luck with store generics than I ever did with name-brands!

But like @nothingfuture, now I just use rash guards or other UV clothing! I have zip up hoodies that are UV swim shirts and they’re amazing! A hoodie for the sun! Brilliant! I need to get some long rash guard pants, but they’re hard to come by in Canada unless I order online, and if I’m going to order online I might as well go fullhog and just get a burkini. (All hubub about burkinis just gave me lots of shops to choose from to protect my lily white ass AND stick it to the islamaphobes on the beach!)

Hilariously, I am now tanner than I ever have been, and haven’t had a sun burn in years!

How interesting! You would not be a good advertisement for Nutragena.

I’ve worn long-sleeved shirts for about two decades, along with a wide-brimmed hat, but the damage has been done. I loved swimming as a kid. I got many sunburns, a couple of them second degree. I still remember the blisters.

Funny, I have a cousin who calls her swimming outfit a burka. She got too much sun living in Indonesia as a kid. We just didn’t know back then. And I at least didn’t get into the habit till much too late (getting the stuff in my eye didn’t help).