Since we have a relatively diverse bunch here… any suggestions for building a world history survey on the model of individual figures? I do this for my US survey, and it’s worked well. This is the modern, so from 1500 or so to about 2000 (although dipping into the 15th century - 1400s would be fine, too). My strengths lie in the Islamic world, colonialism, and the modern era, especially the 19th-20th centuries.

Some figures I’m already considering (not in order) - Yasuke, an African samurai in during and after the warring states period, probably at least one Ottoman Sultan, though maybe I’ll do the founder of Egypt, Muhammad Ali Pasha, Magnus Hirschfeld, Fela Kuti, Laibach, Josip Broz Tito, Karl Marx or maybe a anarchist theorist instead?, Akira Kurosawa… I don’t want it too weighted towards the 20th… Any suggestions will be considered, and they don’t need to be famous, either. Just someone I can use as a springboard to talk about larger issues in that particular historical period…

a world history survey on the model of individual figures

I’m missing the definition you’re using for either “survey” or “model” (or both) here, because I can’t make that compound noun make sense.

Do you mind giving a more detailed explanation about what you’re trying to build?

Imhotep possibly the archetect of the first pyramid.

Hegel, of course. He changed the course of historical studies everywhere.

I don’t know if this is the sort of thing you are looking for, but there goes.

Juan Vázquez de Coronado y Anaya (Spanish pronunciation: [ˈxwam ˈbaθkeθ ðe koɾoˈnaðo]; Salamanca, 1523 – Sanlúcar de Barrameda, 1565) was a Spanish conquistador, remembered especially for his role in the colonization of Costa Rica, in Central America, where he gained a reputation for fairness, effective administration, and good relationships with the native population. He was a nephew of Francisco Vázquez de Coronado y Luján, who explored the southwestern United States between 1540 and 1542. By...

Most of what I know about this guy comes from my father, specifically that this is the person who oversaw the genocide of the native peoples of the area. He’s the reason the population of Costa Rica is more white than Panama or Nicaragua (on either side). But, the sanitized history doesn’t really go into that.

Now we have a show.

In the early part of your range, Machiavelli is interesting and lived in interesting times. The Habsburg dynasty (and its French rivals) are interesting, but I don’t know who I’d single out as an individual to talk about. Similarly the Dutch were for awhile a major world power, one of the most if not the wealthiest and most industrialized and developed (in terms of urban vs rural), but I wouldn’t know who to single out as an individual to talk about regarding that either. And of course there is Martin Luther, which leads into Protestantism, the Reformation, Counter-Reformation, Spanish Inquisition and major changes regarding states and religion and balance of power.

All of those are quite European-centric, so maybe not what you’re looking for, although at the time Europe was spreading its influence throughout the world, and some of those people affected how that happened so that might be relevant? I tend to look at more the groups than individuals, and I wouldn’t know how you’d pick one person to describe for example the difference in how the Dutch East India Company vs the British East India Company affected other parts of the world.

Ah, I get it now. Thanks. That probably would have been a much more engaging easy to teach history to me.

Who are some good names from Canadian history…

It’s not really my area of expertise, but for political leaders I think say Toussaint L’Ouverture, Simon Bolivar, or Sun Yat-sen might be an interesting example that touches on many changes.

Similarly the Dutch were for awhile a major world power, one of the most if not the wealthiest and most industrialized and developed (in terms of urban vs rural), but I wouldn’t know who to single out as an individual to talk about regarding that either.

I’d say Rembrandt. Might sound like a funny choice, but he was making his money off portrait commissions a lot, and he collected interesting things from all the places the Dutch traded with and/or colonised. He’s a good gateway into that whole era in the Netherlands.

He went bankrupt and his possessions were catalogued before they were auctioned off, so we know a lot about him. I’ve been to his house twice, and it’s quite something to see a room furnished and arranged just as he painted it.

Does it have to be political? A lot of the modern world was created by changes other than political.

There’s John Snow who tracked down the source of a cholera outbreak and enabled the Germ Theory of disease to overtake the Miasma theory, despite the miasmaists insisting that he knew nothing.

Jonas Salk, of course, changed society completely. Most of us can’t imagine a world with polio, and the panic and paranoia it caused. And he didn’t try to profit from it, and was trying to find a vaccine for HIV when he died.

Or how about Austin Bradford Hill who published the first large-scale Randomized Controlled Trial in medicine, and was one of the first to show a link between smoking and lung cancer?

And while Virginia Hall is American, at least she’s not a man. And she is amazing.

Eli Whitney who changed things for a lot of people (some for the horribly worse). Yes, he’s American, but cheap cotton changed a lot of things in the world. Also James Watt.

A bit early, but Johannes Gutenberg (who really shouldn’t need the link) is a huge force in making the college survey course exist at all.

Guglielmo Marconi, who shrunk the world.

Hedy Lamarr, who came up with the concept that allows secure broadcasting which lets us have cellphones. 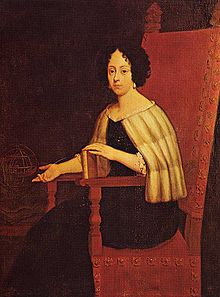 Elena Lucrezia Cornaro Piscopia, also Helen Cornaro (Italian: [piˈskɔːpja]; 5 June 1646 – 26 July 1684), was a Venetian philosopher of noble descent. One of the first women to receive an academic degree from a university, in 1678 she became the first woman in the world to receive a Ph.D. degree. Elena Cornaro Piscopia was born in the Palazzo Loredan, at Venice, Republic of Venice on 5 June 1646. She was the third child of Gianbattista Cornaro-Piscopia and his mistress Zanetta Boni. Her mother ...

Although I think he’s an odious man who did terrible things, (Saint) Francis Xavier had an enormous impact in Asia. A good jumping off point for discussions about colonialism in Asia as well…

These are great choices, so thanks, and keep them coming! Even if they don’t make it to the list of figures I’ll cover in a semester, I’ll put them on the list for students to choose for their projects at the end of the semester…

Does it have to be political?

Not at all! I like including cultural, religious, and social figures, too.