I remember a neighbor of mine who had a ZX-80. I was quite envious. I guess we played games on it. Probably practiced writing Basic. There was probably a word processor or something. Not sure what else there really was to do on it.

Based on the description in the kickstarter, it seems it’s been under pretty consistent development since- they even talk about building it so a raspberry pi zero can be slotted and used as an accelerator board (which is kinda nuts).

Hey, it made the front page of boingboing,.

ZX Spectrum Next is an advanced version of the original 8-bit monster machine...

ZX Spectrum Next is more than just a cute retro-looking box or a glorified emulator. It is a new 8-bit computer, backwards-compatible with the 1980s’ original, yet enhanced to provide a wealt…

I guess I am too. In a lot of ways hardware nostalgia like this has led to the creation of things like Arduino and Raspberry Pi. And I’m looking forward to reading my kid on these kinds of devices. Now if I could only figure out how to do my Arduino project myself…

It reminds me a lot of the Timex-Sinclair 1000 which was available in the US in the early 1980s. Many stores offered them, but IIRC they did not sell well. I remember asking a few store staff what one could do with it, and none of them seemed to know. It was like the BASIC prompt of the C64 - only without glut of software. I am much more open in my adult years towards a completely bare-bones system like this.

Perhaps in Europe there was software which could run on these which we didn’t know about!

I guess I am too. In a lot of ways hardware nostalgia like this has led to the creation of things like Arduino and Raspberry Pi

Raspberry Pi is basically a very small Linux computer. The Spectrum just about had a program launcher and rudimentary filing system. The Pi, in fact, is basically an abstracted mobile phone computer.
The computer that really is the ancestor of the Pi is surely the BBC Micro - a “proper” microcomputer that could do hardware I/O and whose operation was derived from mainframes of the period. The Spectrum and its kin were really the ancestors of consoles.
But what do I know? The first computer whose output I helped debug was an ICL 9000, older than the one in the Science Museum. It appals me how much computing history is actually stuff I worked with and thought was state of the art.
Recuse yourselves from my astroturf or feel the sting of my laser, immature ones.

Hey, it made the front page of boingboing,.

Perhaps in Europe there was software which could run on these which we didn’t know about!

Just look at www.worldofspectrum.org to get an idea of how much we had.

Is that why risc os seemed to run like greased lightning on the pi and raspian felt like an uphill swim through engine oil?

Is that why risc os seemed to run like greased lightning on the pi and raspian felt like an uphill swim through engine oil?

risc os was designed to run on a cpu with clock speeds in the 10s of MHz, it’s pretty lightweight. Yup, ARM can trace its real ancestry back to the Mathematical Laboratory at the University of Cambridge, which effectively spawned the BBC Micro, the Acorn Electron and Archimedes and Risc OS. Risc OS was written around ARM, I believe.

I was nowhere near clever enough to have anything to do with the Math Lab, but as time goes on I think more and more that in the battle to be the alma mater of computing, the U of Cambridge is still out front. It’s just a great pity that everybody else makes all the money out of it thanks to successive British governments and their f[redacted] lack of clue due to the f[redacted] c[redacted] in charge having Classics or law degrees and thinking, like the ancient Greeks, that practical mathematics was for metics, not citizens.
(Waits for blood pressure to subside).

It reminds me a lot of the Timex-Sinclair 1000 which was available in the US in the early 1980s.

Had a number of very interesting, quite lightweight operating systems popping up around that period: BeOS, Oberon, Plan 9, Inferno…

I am personally familiar with the first two. It was generally nice to see operating systems that could boot from a floppy faster than Windows (even relatively lightweight versions like 98 SE) could from a hard drive. Indeed, you could fit the entire Oberon system, GUI and all, onto a floppy.

did you do anything useful with oberon?

Not really. Didn’t really have time to do much more than play with it. The text editing facilities were quite good, though. I had (and have) little doubt that it could have developed into a nice document-centric OS if it had ever caught on and had some of the rougher corners knocked off.

yeah, I downloaded it onto my mac to play around with, but that’s pretty much was the end of it. Perhaps if I had hardcopy documentation…

The book and the source code (which was very much in a literate programming style, iirc): 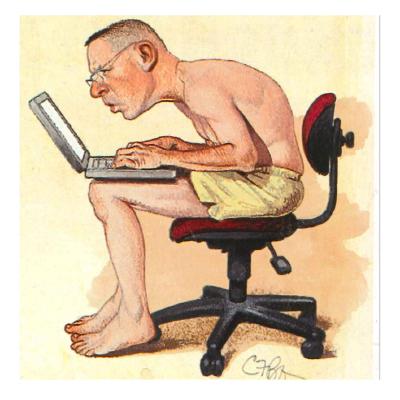 Bluebottle OS. Contribute to btreut/a2 development by creating an account on GitHub.

Indeed, you could fit the entire Oberon system, GUI and all, onto a floppy.

Has anybody found a way to run MS-DOS entirely from the cache of a modern CPU with no RAM attached? That would be amusing - and fast - but it’s completely beyond my abilities.