70 db leaf-blowers are incapacitatingly painful, whether they’re being fired at leaves or at bare cement.

Cruelty, for the sake of Cruelty

To begin with, it’s cruel to decide that people can’t live the lives they want because those people were born on the other side of that line.

In America, these policies were introduced for racism, starting with the Chinese Exclusion Act, and for eugenicism, and while they have been changed, they haven’t been abolished due to institutional inertia. Of course many people insist that they support these policies because they’re the law rather than because of racism or because of eugenicism, but now many of these people want to tighten/worsen the law– because what?

To continue, if you believe different countries represent different values, and if you also want to restrict immigration, then you’re saying that people can’t choose a country that represents their values, and you’re saying that this country should represent your cruelty, and not my rejection of this cruelty. I’m disabled and can’t travel, and would be turned away because of my disabilities if I could travel.

Now many insist that “each nation” “has a right” “to restrict immigration”. I think rights are something which protect people from arbitrary power, including state power, so these restrictions are the opposite of rights.

So it looks like cruelty, for the sake of cruelty, or for some other evil end.

From the comments here: https://fivethirtyeight.com/features/why-rank-and-file-evangelicals-arent-likely-to-turn-on-trump-over-family-separation/

Where to begin? Immigration is a human right. No one would argue if those who opposed immigration just chose not to travel, but instead, they pass and enforce draconian laws to limit other people’s freedom to travel, punish jurisdictions that try to protect people, and, oh right, put people in concentration camps. Even children! 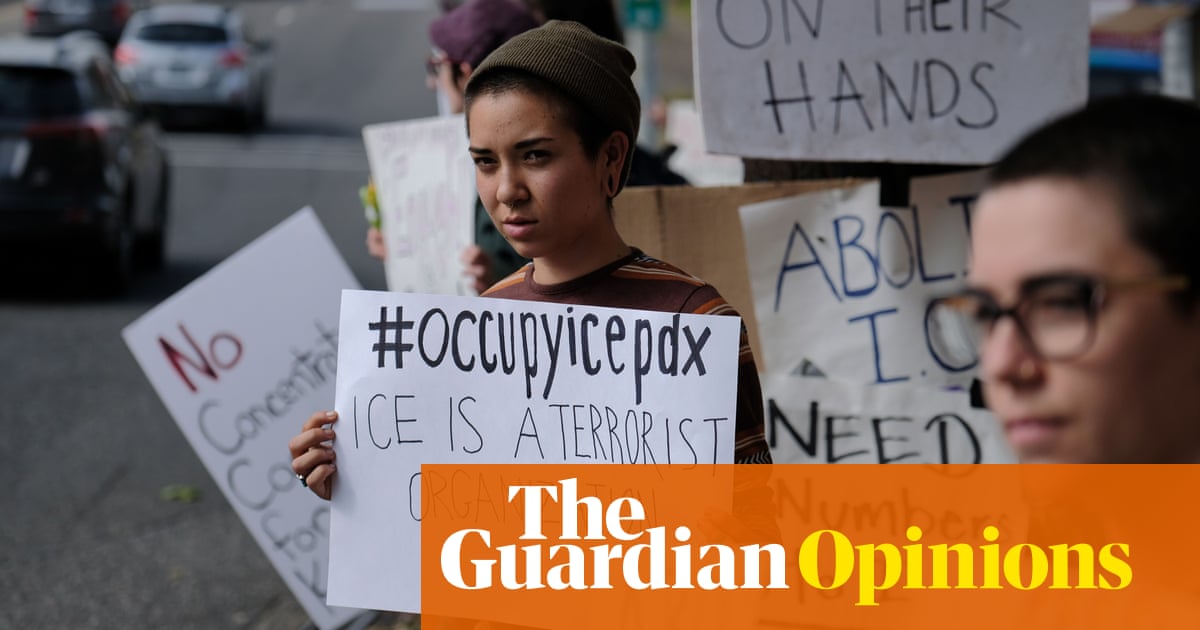 It is time to abolish Ice. It cannot be reformed | Amy Gottlieb

Ice was created as part of the response to 9/11. There is no fix for an agency that was designed tear families and communities apart with little oversight 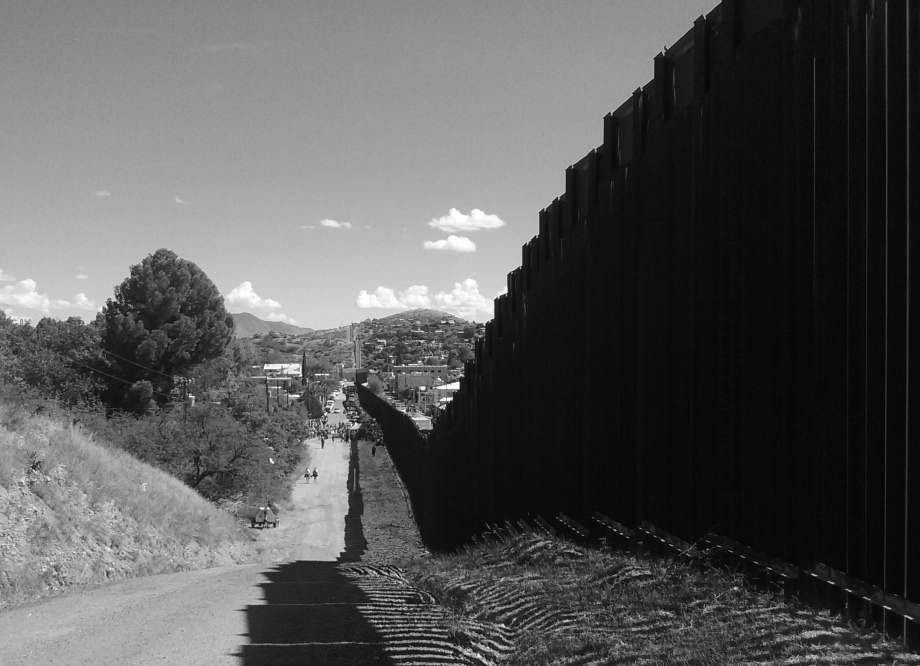 Open Borders are Our Only Hope

In-group Preference and National Borders Fundamental to the danger of nation-states and borders are the paradigms of nationalism and in-group preference that exploit human quirks to justify violence. In-group preference is best understood in terms of...

After all, to other up (“Fuck you pig!” from a poor PoC) is awesome and is a fundamentally different act than to other down (“The poor are stupid.” from a rich white lady).

The “free speech advocates” who quote Strom (and attribute to Voltaire) and say, “To learn who rules over you, simply find out who you are not allowed to criticize” think that they’re punching up.

The people who rail against granting minorities equal representation in the name of meritocracy, because the system has been set up to give white people higher grades, think that they’re punching up.

Yes, the punching is worse when it’s actually going down, rather than up, because the punch has more power behind it. But it’s not a “fundamentally different act.” Dehumanization is dehumanization is dehumanization. You need to convince yourself that these people are not, in fact, people, to make it okay to hurt them. And you know what? Some people need to get hurt, so, sure, convincing yourself that it’s okay to hurt them may be necessary.

What’s not necessary, though, is to lie about the nature of what you’re doing.

A fundamental truth of the universe is that human beings are awful. You don’t have to lie to yourself to convince yourself about that. This means that yes, you’re probably awful, too! I have no idea who any of you out there are, or what you do, but, congratulations! You’re awful! So am I! We have that in common!

You are capable of the same atrocity, and indifference to atrocity, that pretty much everyone else in the world is capable of. You have participated in a system that does awful things, to your own benefit. You have bought goods that were created from exploitative labour processes; you have spent money that has caused the death of innocents; the taxes you’ve remitted to the government have been used to torture people, to kill people in far away countries who are no threat to you, to your family, or to anyone you care about.

“Cops are pigs” and “politicians are rats” and “terrorists are rabid canids” shouldn’t be necessary to hurt someone. Calling someone human should be sufficient, should be among the worst insults possible! If you look around and see what humans do to each other every day, you shouldn’t need to reduce them to something less-than-human to justify hurting them. A rabid canid isn’t responsible for its behaviour: it has no sense of morality, it has no conscience. A domesticated canid knows only “good canid” and “bad canid”; a feral canid knows only “part of my pack,” and “not part of my pack”; a rabid canid doesn’t even know any of that. Calling a murderous human being a “rabid canid” is an insult to rabid canids, who are animals suffering from a horrible disease and don’t know any better.

What makes reducing a human being by calling them “animals” so horrible is that, even with awfulness encoded into their very nature, written into their DNA, humans have the unique ability to choose to be not-awful. The ability to choose makes our good deeds better, and our awful deeds worse. So, when you call a corrupt cop “a pig,” you’re absolving them of their responsibility to not gorge themselves at the trough, because that’s what pigs do. When you call a dishonest politician “a rat,” you’re absolving them of sneaking off with your stuff and spreading disease and rot, because that’s just the nature of a rat. When you call a terrorist a “rabid canid,” you’re absolving them of the moral obligation to not murder, because a rabid animal is literally reduced to the instinct to attack anything it comes across.

If we’re not allowing ourselves to lie about what America is anymore, take a step further back and stop lying about what humanity is. We have so much potential, so much we could accomplish if we simply looked into ourselves, examined everything going into each of our choices closely, and chose to be not-awful. We won’t, though.

That’s the real tragedy here. We are the stories we tell, and so many of the stories we tell are designed to reinforce the awfulness. And, chief among those stories? The story that you are this awesome creature, with a conscience that prevents you from doing anything bad, and that people who do bad things do them because they’re bad examples of humanity, more animal than person. It’s bullshit, and it’s harmful bullshit.

Calling someone an animal in order to make them okay to hate or hurt has one purpose, and one purpose alone: it prevents you from holding a mirror to yourself, and seeing exactly how horrible humans are, how horrible you yourself are. And that’s the worst thing of all, because until you see that — truly see it — and recognize it in yourself, you can’t reject it and choose to be better than your vestigial primate instincts. You can’t truly be moral until you recognize the forces in you that are… not immoral, very few people deliberately and consciously act against their own convictions, but amoral. The instincts that tell you to attack threats and out-group members, that tell you to go against your better judgement to conform to your own group, that tell you that something is okay because you or your in-group is doing it, but not-okay when someone else does it, because you’re moral creatures; you’re humans and they’re animals.

We’re all humans, and that is a horrible thing to be. So we have to be better. Because we can be better.

And it starts with discarding dehumanization, holding up the mirror, and gazing into the eyes of the monster within.

That’s not to say that we shouldn’t judge people for letting their own monster within run around unleashed. Absolutely we should, and we must. But pretending that having a monster influencing your actions is somehow unusual is only giving your own monster tacit permission to act out, and to ignore it or excuse it when it does. And that, my friends, is what causes all of this that we’re currently experiencing. And that’s what has to stop. 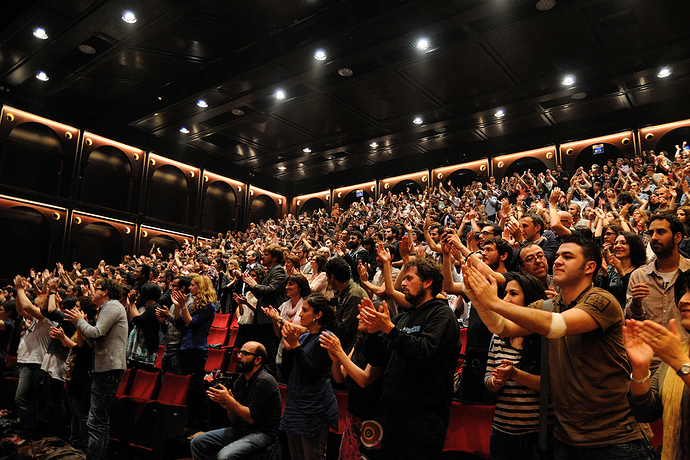 So it looks like cruelty, for the sake of cruelty, or for some other evil end.

As well as its use in controlling the masses through xenophobia, it’s also about profit.

Restricting the flow of labour across artificial borders is fundamental to the strategic advantage of multinational capital.

I can’t speak to “the flow of labor”. That’s a false rebranding of the issue into narrow economic terms. Leaving everything behind (because there’s nothing left) and moving your entire family to a new country is not an economic calculation. It’s an act of self-preservation of one’s family.

Could this be a sticky somewhere? Maybe under the “who we are” section or something. Or at least, “who we would like to be”.

I’m flattered, and while, in the light of the morning, I stand by everything I wrote there, that rant was written on weeks’ worth of pent up rage and days’ worth of troubled, restless sleep, meaning it’s very stream-of-consciousness and has received only enough editing to prevent myself from cringing when I read it back (and, considering where it was posted, the hopefully helpful substitution of a certain triggering word).

So, while it’s a fine example of an exhausted rant, and I’d be honored to have those ideas put forward as ideals for the community… I’d want to basically rebuild it from scratch in order to make it work properly as a manifesto.

In the 1990s, I was working on a novel set in a likely future America. Fascist coup in America in 2018, death squads, slavery, civil war, overthrow of the fascists in 2047 to 2053, most cities nuked by fascist forces…

I have scarcely been able to work on it since 2001. Sometimes it seems too clodse to existing traumas, sometimes too far from possibility. I can’t stop thinking about it though.

Philadelphia, PA - In the latest development in the

If we need to avoid dogs, and there are dogs everywhere, we may begin to fear the unfortunate creatures.

I am severely allergic to dogs, so I need to avoid dogs, and there are dogs everywhere, so I have beun to fear dogs and to get panic attacks from the presence.

If you don’t respect the few spaces which are supposed to be free from dogs, and you bring your dogs in there, and you corner people with your dogs there, you only add to our fear. 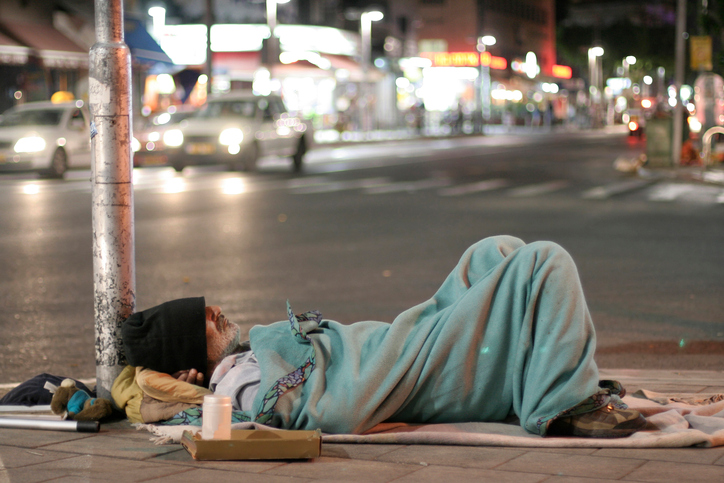 First Study of Its Kind Links Autism and Homelessness

A groundbreaking U.K. study finds autism may be a risk factor for homelessness. Homeless individuals have much higher rates of autism than the general public. 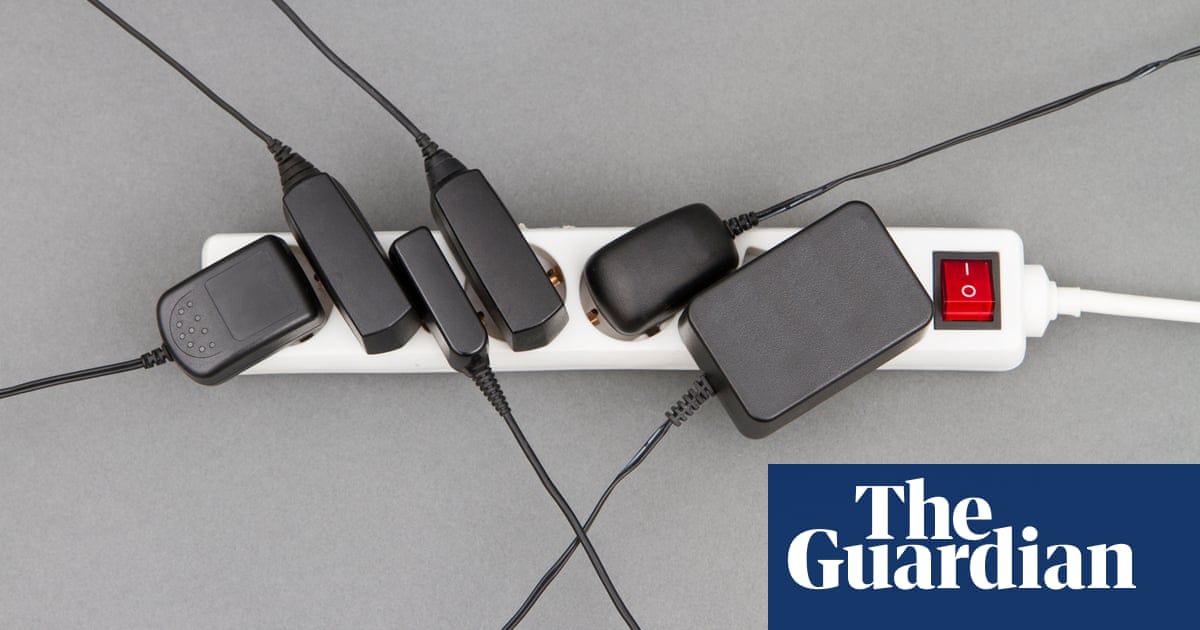 Socket to ’em! Why we must resist the rise of plugspreading

Electronics manufacturers know exactly how big wall outlets are – so why do they make plugs so big that they obscure more than one?

I’ve been seriously looking at whole house low voltage (i.e. - DC power, 48v or less) if I end up renovating one last house

Have it stepped down to 5-12v at most “wall outlets” and these wall warts are history.

Actual “code” specifics are still being worked out last I saw, but if I end up going this route, they should be finished by then. 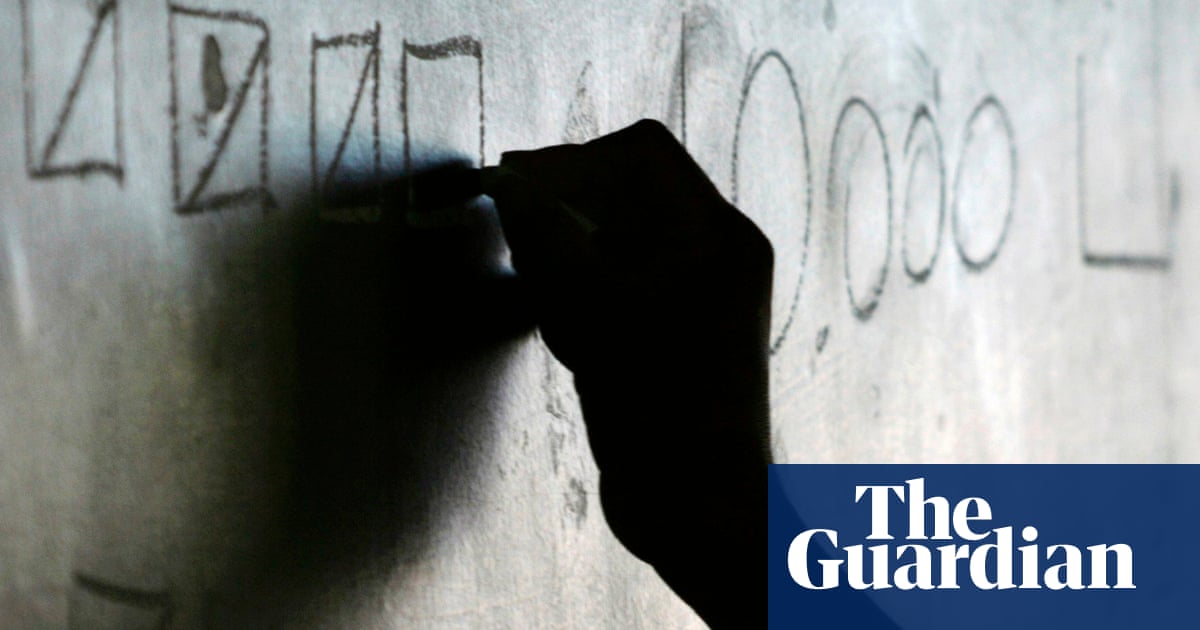