Get your game on!

Heads up gog.com is giving unreal away today.

I feel like I finally have a good grasp on Battletech now. Mostly it’s about specialization and the wisdom of more experienced players.

Anno 2205. Dear gods, why did I even start playing this game?

Even as I’m playing it, I’m fully aware that it’s essentially an Excel spreadsheet with a fancy GUI. I fix everything, boost my economy until it’s swollen to bursting, colossally overspend and then spend the next couple of hours fixing everything again.

essentially an Excel spreadsheet with a fancy GUI.

Is there a name for that genre? 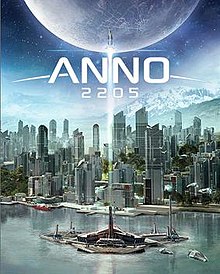 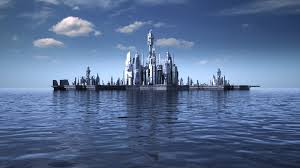 an Excel spreadsheet with a fancy GUI.

As opposed to Redoubtable Downtown Space Abbey which to me is an Excel spreadsheet with some role playing wrapped around it.

Although I haven’t tried Anno 2205, your experience sounds very similar to my own with Patrician III. Highly recommended for those with the itch to manage an economy. Also one of the best supply/demand models I’ve seen in games where one can’t merely dump every last bit of Cargo_X at the same price. Every purchase or sale shifts the unit price in the local port and every port consumes resources depending on the state of population and local industry. Fostering the growth of other towns so that they need more of what you’re producing without problems of oversupply and flooding the market is a delightful balancing act.

Speaking of economic games, anyone play the Capitalism series? I hadn’t played in awhile but I recently got some DLCs for Capitalism Lab to be able to try out some new things and started a new game with Digital Age and Subsidiaries turned on, aiming to build a big PC/Software/Internet megacorp.

The thing I had trouble with before was the increase in micromanagement as the company grows - once you have a bunch of businesses in a bunch of cities, it becomes a lot of work just keeping things going. There are headquarters departments and executives you can hire to handle stuff for you, but I never quite got the hang of that.

There’s also a City Economic Sim DLC that sounds as though it’d be a bit like Sim City, but with the added interaction that your company can contribute to a candidates election fund for mayor, affect things like unemployment (by building businesses) and land values (by donating civic buildings - near your real estate, of course) and in turn if you control the mayor you can do things like have the government universities research tech that would be useful to your company, or use eminent domain to push competitors’ businesses to the outskirts of the city. Sounds interesting, but I haven’t tried it yet.

Speaking as one who also backed the heck out of the kickstarter and played the heck out tabletop version back in the day, I’m thrilled that you’re enjoying the game.

The best confrontations involve watching the enemy lance(s) crash against the indomitable defense of your own well-constructed force.

The very best confrontations involve rushing the enemy headlong to engage in a terrifying exchange of fire before crashing headlong into a brutal melee just as everything begins overheating and hopefully surviving to tell the tale. The sheer joy of that moment when you unexpectedly destroy the cockpit of an enemy assault mech with a desperate punch and turn the tide of battle is not to be underestimated.

@MissyPants got me playing FO4 on Survival.

I die so much. Everything matters. Bloody dogs are a one-hit-kill (killing me. It takes significantly more to take down them). It’s not just higher difficulty. Complete strategies change. “Useless” perks suddenly become very, very important (Before: who needs “Leadbelly”? Between stimpaks and purified water, I can just sell food. Now: OMG. Need Leadbelly before I die of radiation poisoning just trying to eat. Foood, food, gimme food).

Frustrating, but rewarding. Thanks, @MissyPants.

I made a return appearance on a podcast: 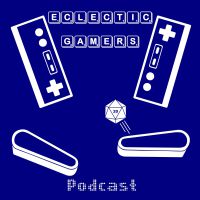 Tony and Dennis are joined by Eric and Don to deep dive into the happenings at E3. Dennis starts the podcast solo, answering questions about the show and bypassing the typical introduction segment.…

PixelJunk has a second edition of Monsters out. It’s fun, but I don’t think the 3D and topography add anything. They might even make the game worse and more confusing. But I can pause the game whenever, and that’s the key feature I need in any game.

My daughter and I had our first gaming experience. I was watching the trailer for the new Spyro the Dragon remaster. They were my favorite games growing up. She walked by, looked, and said “Oh, I like that.” Very excited to play with her in September. 3 seems a little young, but I see other kids who have their own iPads and stuff, so it’s probably fine?

Fire Emblem Heroes
Once again, FEH has received a stellar update that has added even more depth to everyone’s favorite RPS/Chess smash-up.

The core premise is that you take a squad of four onto a grid-based battlefield. At its core, FEH is a game of decisions: do you choose melee units or ranged? A high defense Armor, an anti-mage Flier, a speedy Rider, or the classic Infantry? Green, Red, Blue, or Null?

Units can inherit new skills at the cost of other units. With some restrictions. You can’t build a high-defense healer, for example. You get new units by completing story chapters, side quests, or by spending gold orbs (that you get for completing quests) to Summon. And FEH is very, very generous.

Pretty much any unit can be viable at this point. Using the resources that FEH throws at you, you can invest in any unit to turn them into a walking tank. Some units start out better than others, but any unit can be top tier. Even Raigh, the worst unit at launch. Even Wrys. Especially Wrys.

Anywho. Fantastic game, highly recommend. You’ll get three quite powerful units completely free, who can solo some of the most difficult content. Go play!

Spirit Lords
This dungeon crawler is dead. Servers were shut down. Rest in peace.

Legacy Quest
Dead. Socialspiel - the developers - were shuttered last year. All characters, rankings, and progress is lost. All that’s left of Legacy Quest is memories.

Valiant Force
If anything epitomizes the fundamental boring, broken combat of 90s JRPGs, this is it. Pay actual money to summon useful units, then sacrifice your meagre stamina bar to complete quests. Spend your earned in-game currency to summon feeder units, rinse, repeat. There is very little to no effort required to play. Mostly, you’re waiting for the timers to refill. Even PETS LIVE had more depth.

I feel like I finally have a good grasp on Battletech now. Mostly it’s about specialization and the wisdom of more experienced players.

I finally have a computer good enough to run modern games, and grabbed Battletech last week. Much of fun; I’m surprised by how closely it mimics the old tabletop game.

Are you still playing?

Are you still playing?

I’m kind of on pause with it at the moment. I’ve gone through the campaign up to the final bit, and suddenly the game warns me I need to be able to field “multiple fully capable lances” and that kind of took the wind out of my sails. I have four pilots with all 10s, a lance of four assault mechs that works together really well, and have been scrapping almost everything else for cash. I’m pretty annoyed that the game changed right at the end.

For the moment, I started a new seasonal character in Diablo 3.

Have you tried multiplayer? I just had my first shot at that, and it was rather fun.

I think that they’re still working on expanding the game, BTW.

Nope. I’ve mostly avoided multiplayer games for a while now because it’s easier to keep my cool that way

Nope. I’ve mostly avoided multiplayer games for a while now because it’s easier to keep my cool that way

In terms of cool-keeping: there is a chat option in MP, but it’s hidden by default and there’s no need to look at it during play. So, if you want, the experience is entirely asocial except with much smarter and more creative opposition.

OTOH, you will run into a lot of sneaky tactics like Firestarter swarms or massed indirect fire. There’s no one unbeatable tactic, but there are a lot that will trash you if you don’t know how to counter them.

I just finished the campaign game myself; that unlocks some options for further play, but I’m planning on doing a restart with all the difficulty options maxed out instead.

I was running the SLDF Highlander, an Orion converted into a jumping twin-PPC sniper, a jumping Jaegermech-A carrying forty LRM tubes and a Griffin. While strolling down a canyon, we were ambushed at close range by a Victor, two Highlanders and a King Crab.

I’ll spare you the blow-by-blow, but we got out of it with nothing more than armour damage, and enough salvage to build a Victor and a King Crab.

I like playing first person shooters, and I’ve been looking for a game I can pick up for a few rounds and then get back to doing other things. I tried CS:GO but you really have to put in a lot of effort to have fun in that game and I quickly noped out of that one. For a while I was having a lot of fun playing Ghost in the shell: First assault, and it was a good game, pretty well balanced, there weren’t a lot of maps but they were well designed and balanced, unfortunately that game shut down last year. For this reason I avoided battlefront and battlefield, even though they’re fun, I don’t trust they’ll still be available a couple of years from now.

I was a little hesitant to try out Overwatch because it’s a team based game and I was hoping to find something that didn’t have a large learning curve, but it’s pretty well balanced actually and team matches are actually pretty rewarding, and being able to play different roles depending on the situation gives the game a lot of variety. I’m probably never going to be proficient with all the characters but you don’t really have to be to have fun.

I supposedly can play it on my machine but not the kids which is better specced according to CanYouRunIt.
You should give TF2 a try if you like overwatch. A nice learning curve with some classes much harder than others to get good at and it is dead stupid fun.

In my current obsessions thanks to being employed I was able to splurge and get the packs for Season 1 and 2 of Pinball Arcade before they lost the license to sell the Bally/Williams tables. That should keep me occupied for some time.

Also I got West Of Loathing which is all you would want and more if you ever played Kingdom of Loathing.