Name This Site - ROUND 3 Voting Open

My apologies for my prolonged absence in the midst of this important project. I could go on with excuses, but that would be a waste of pixels. Suffice to say I’m back, and I’m committed to moving this all forward.

So here are the eight semi-finalists, of which you can pick your first and second choice;[poll type=multiple min=1 max=2]

If anyone has thoughts or ideas about improving this process, let me know by PM. Otherwise, vote and discuss. You have but two votes this time. Use them wisely.

You’re just messing with us, to see how many times you can get us to vote on the same thing, aren’t you???

to see how many times you can get us to vote on the same thing, aren’t you

Nah, the previous views were on a wide range. It’s important anyone who’s favourite option got dropped, gets another say.

@waetherman Good to have you back.

@waetherman Good to have you back.

Just waiting until you mutants vote for the RIGHT answer!

Ah! You mean we’re a democracy!

I’ve decided to cut the list to 8 names from the 16 that were in the previous round. Why 8?

The voting will continue until the right answer is chosen!

This is the last day for voting for Round 3 - tomorrow at this time, Round 4 will commence. please get your votes in now!

So I guess this is the end for the End of the World.

You never know until the voting is done!

Not while trump is still around. Ba-dum-tsssss. sorry.

You never know until the voting is done!

Absolutely - did anyone remember to play their joker for this round? 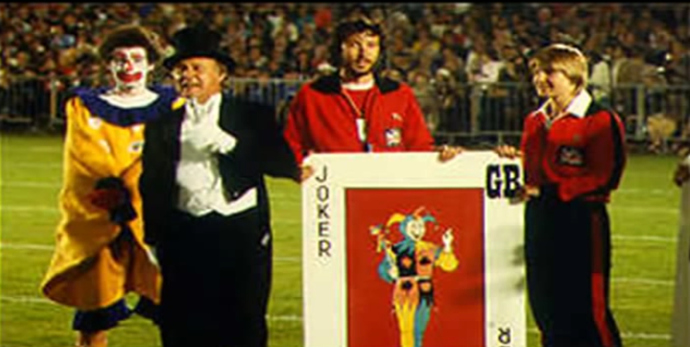 (Yes, that screen cap is actually from Jeux sans Frontières and, yes there are plenty of Theresa May/Boris Johnson/David Davis/Liam Fox jokes in there, but I’m not using them because I’m the bigger person.

Shall we move on?

Elsewhere is unbearably clever. I could live with it.

Second, I would remind folks that the reason we’re in this process is because technically HappyMutant is trademarked by the owners of BoingBoing. They have, at least initially, agreed to let us make use of the name, but it still comes with complications,

Including the fact that an increasing number of people don’t want a reminder of what once was but is no longer. Do we want to be forever defined by there, or become our own self?