My word, what is this dark and vaguely sinister-looking pie you see before you? Well, I’ll tell you. It’s the world’s first Schadenfreude Pie, the pie to enjoy while you are reveling in the horrible misfortunes of others. Why is there a Schadenfreude Pie? Because after I wrote the headline for this entry, I wondered to myself, “what would Schadenfreude Pie taste like?”

My guess: Dark. Rich. And oh so bittersweet. 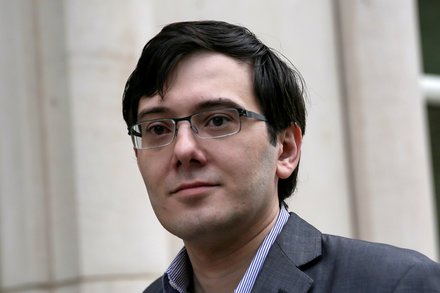 Martin Shkreli Sentenced to 7 Years in Prison for Fraud

But… but it made him cry, the poor dear, bless his absent heart.

Dark. Rich. And oh so bittersweet.

That is perhaps the perfect first post for this topic.

I read Scalzi, but must have missed this blog entry. It wasn’t until I saw his daughter’s picture that I had to scroll back up to see when it was from.

I guess I’d assumed it was a recent post due to Shkreli.

Of course, for a white collar crime that’s a bloody eternity. Now let’s see if he serves the whole term, or if affluenza comes into play.

side note: I think I just got a cavity from reading that pie recipe.

The real question is: what are the feds going to do with that album? There are apparently some restrictions on commercial release, but I see no reason why they couldn’t add it to the Library of Congress, where we might all be able to enjoy it.

This does not upset me.

The U.S. Securities and Exchange Commission sued Theranos Inc. and its founder, Elizabeth Holmes, accusing her and the company's former president of raising more than $700 million from investors through an elaborate fraud in which they exaggerated or...

The only thing that troubles me is the update at the bottom:

10:15 a.m.: This article was updated with news that Theranos and Elizabeth Holmes agreed to settle and with background information about Theranos.

Does this mean no jail time? Holmes still a (b)millionaire?

This does not upset me.

I’m glad you found some Schadenfreude Pie to contribute for Pi Day!

My, my my… look who was on the board.

I don’t get that as a tactic.

“You can trust us! Our company is run by politicians!”

I’d do my best Roadrunner impression, trying to get as far away as possible, if I heard that.

If their business model is selling sketchy “medical equipment” in foreign countries then having former secretaries of state around could be useful? 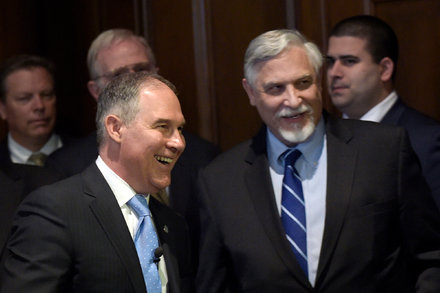 He Sues to Discredit Climate Scientists. Now He’s Being Sued by His Allies.

David Schnare’s conservative legal group seeks to discredit climate science. But it appears to be imploding amid allegations of financial mismanagement, attempted extortion and faked documents. 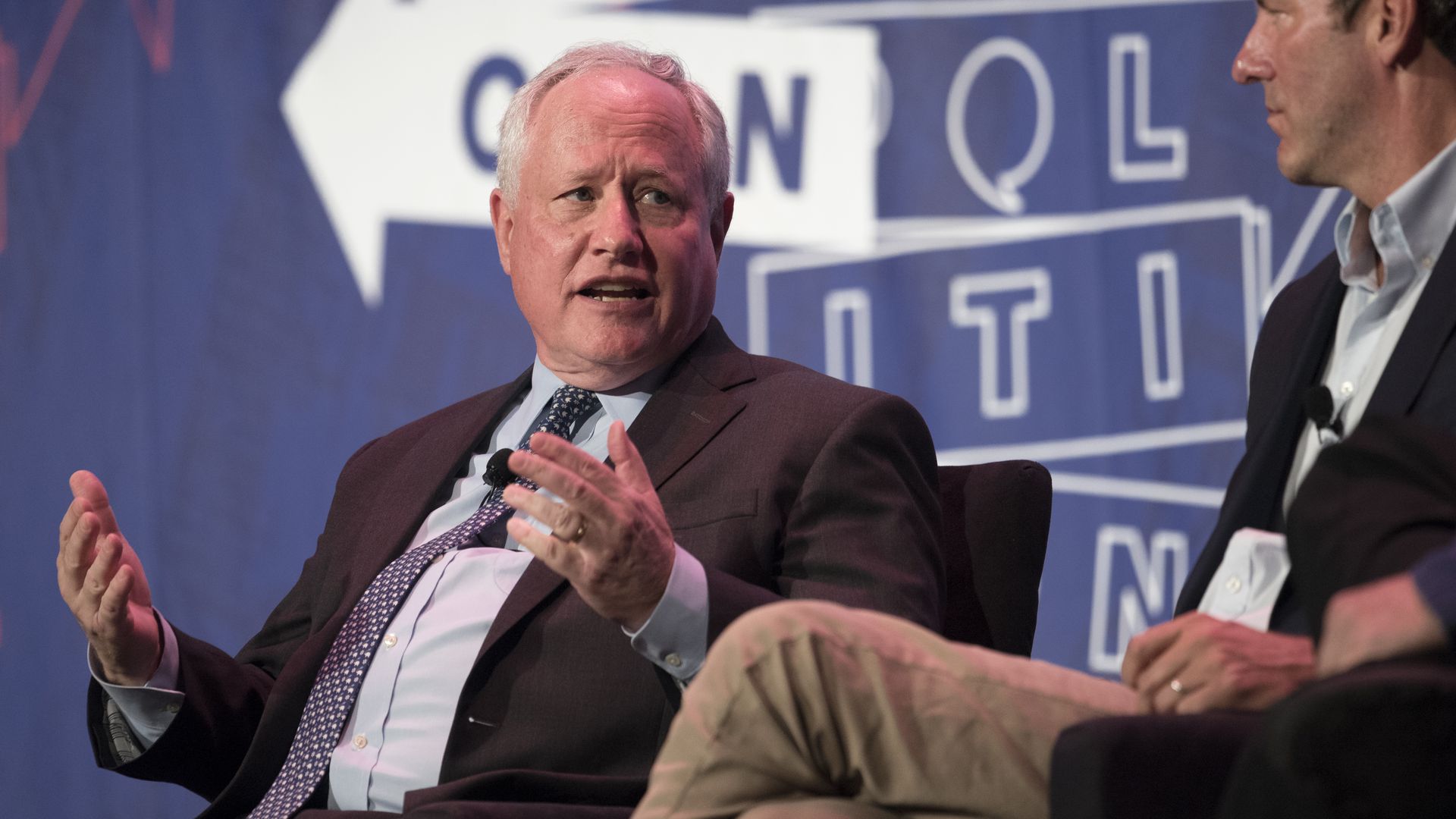 The Weekly Standard is closing after 23 years

The conservative magazine hasn't been shy about criticizing President Trump.

Yet the demise of the Weekly Standard is not exactly a disastrous blow to American intellectual life. The independence from Trump’s perspective was welcome, but unfortunately, that doesn’t mean its brand of conservatism was any better than that of the ranting demagogue. In fact, it was arguably more damaging in terms of its concrete impact on the world.

The Weekly Standard isn’t just any conservative magazine. It’s distinctively the “neocon” magazine. Its founding editor, Bill Kristol, was the intellectual architect of the Project for a New American Century, a think tank that shaped the Republican Party’s foreign policy agenda for years.

It was most notably the creator of the preventive war doctrine that spurred President George W. Bush’s invasion of Iraq. Its current editor, Stephen F. Hayes, made his bones with the absurd 2004 book “The Connection: How al-Qaeda’s Collaboration With Saddam Hussein Has Endangered America.” 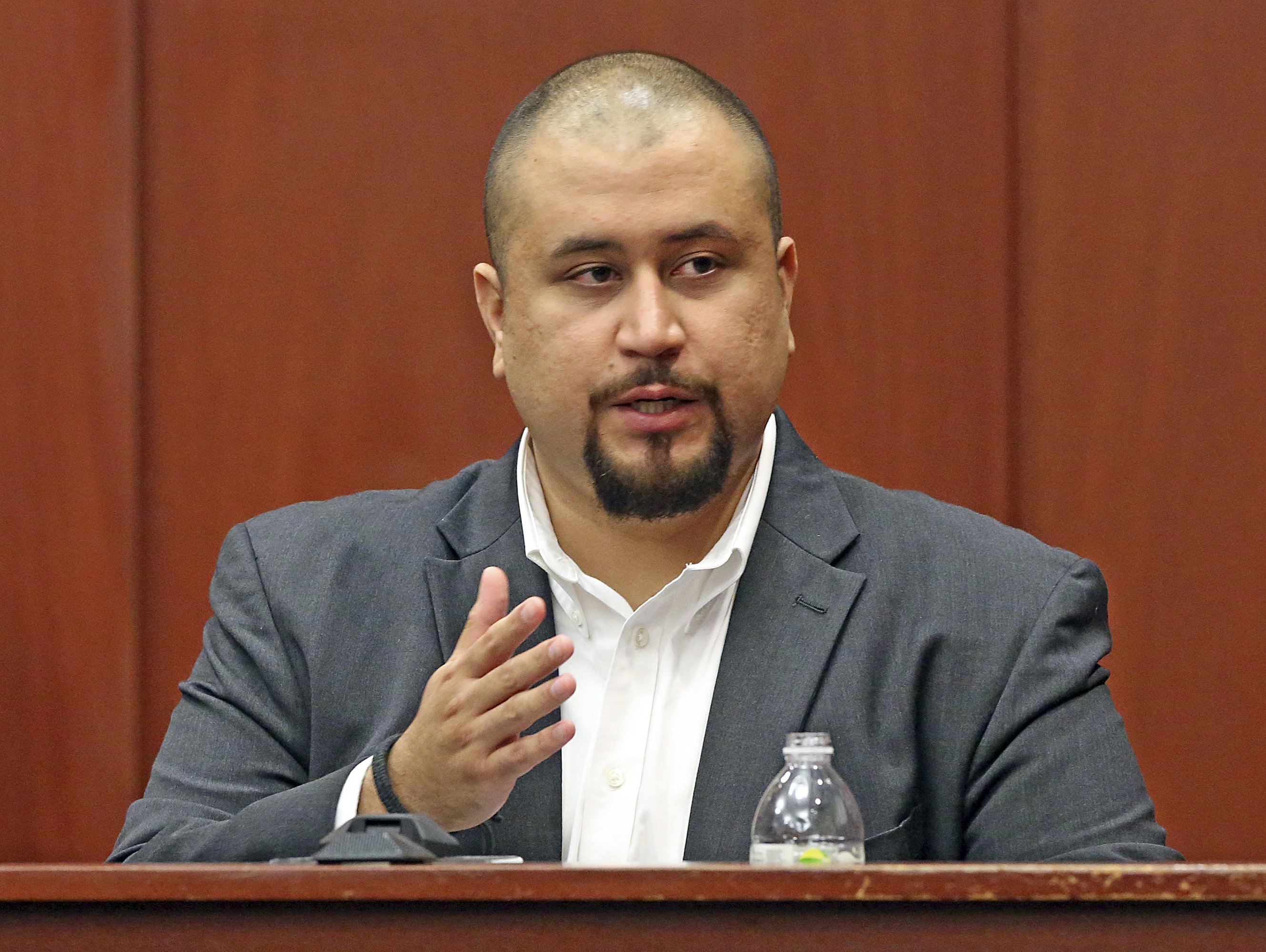 MIAMI (AP) — The ex-neighborhood watch volunteer who killed an unarmed black teen in Florida in 2012 has been banned from the dating app Tinder. An emailed statement from Tinder cited users'...