The Player Primer is primarily a guide to character interaction during turns. Specific game mechanics will be invoked between turns to resolve what happens in this story. Game mechanics are detailed in the first comments below, but here are easy links to specific elements of those mechanics.

Weekly Turn Timeline
Game turns are intended to be one week in length.

If a game turn needs to be delayed due to real life constraints, I’ll update the deadlines for the given game turn.

When two Immortals engage in combat, the battle takes place over a series of combat rounds. In each round a player must select a particular combat stance. The five combat stances are Reckless, Aggressive, Normal , Cautious, and Defensive. Each stance is strong against two opposing stances, equal against itself, and inferior against two opposing stances.

Reckless: To attack without regard for personal safety. The Reckless stance overwhelms the protective stances of Cautious and Defensive, but is vulnerable to the more calculated Normal and Aggresive stances.

Aggressive: To force the attack, but not wildly so. The Aggressive stance does well against the overly offensive Reckless stance and the overly protective Defensive stances, but finds itself vulnerable to the more opportunistic Normal and Cautious stances.

Normal: To alternate between attack and defense as needed. The Normal stance finds advantage against the carelessness of the Aggressive stance and the Reckless stance, but founders against the more circumspect Defensive and Cautious stances.

Cautious: To strike only when finding weaknesses in the opponent’s offense. The Cautious stance performs best against both the Defensive and Normal stances, but fails to find openings against the Reckless and Aggressive stances.

Defensive: To protect the self at all costs, only seeking safe options for counterattack. The Defensive stance is superior when facing the Normal and Aggressive stance, but fails to find effective answers against the Cautious and Reckless stances.

The relative effectiveness of one stance against another can be visualized thusly:

For example: if in the first round, you’ve selected a Normal stance and your opponent has chosen an Aggressive stance, you’ll be much more likely to score a hit (70%) and much less likely to be injured (30%) as seen in the ‘Chance to hit’ table.

The ‘Target to beat’ table shows the same information, but represented as a the threshold of success for roll of a traditional d100. Any bonuses or penalties that your character may currently have will be applied to that roll. A roll of 10 or less is always a miss, regardless of bonuses.

Combat results will be posted in a format something like the following:

Bonuses and penalties are obfuscated in the public report - only the final result is seen.

In this particular example, the combat ends at this point. Both players survive the round, and will start the next turn with their full compliment of 5HP.

Order submissions are made via private message to the bot account @archivist. At the moment, there are only three orders to submit:

After you submit orders via private message to @archivist, the bot should get back to you within a few minutes. The bot will let you know that your orders have been accepted, and will reply that they have been received and whether or not they have any errors.

The @archivist account will be in attendance throughout the course of the game. The account will be listening during the intervals when players can submit their orders (Monday @ 2000 EDT through Friday @ 2300 EDT). Send all orders to this account via private message and if all is well he will respond to you within five minutes. In the event that the bot does not respond to you for some reason, either PM me directly or @ mention me in the topic for the current turn. In a pinch, I can access the bot’s private messages and confirm your orders for the turn manually.

Now that the game has started, you should plan on checking in to the forum at least once a week on Tuesdays. To enjoy and participate in the role playing that happens, consider checking in more frequently - once or twice a day at least.

As we draw close to the deadline for order submission (2300 EDT every Friday), The Archivist will PM all players that haven’t submitted orders as a friendly reminder.

With 27 players on board, I suspect the game will run for 9 weeks or so. Given the PvP nature of the game, players that fail to submit orders for any two of those weeks will be culled by the Kurgan. 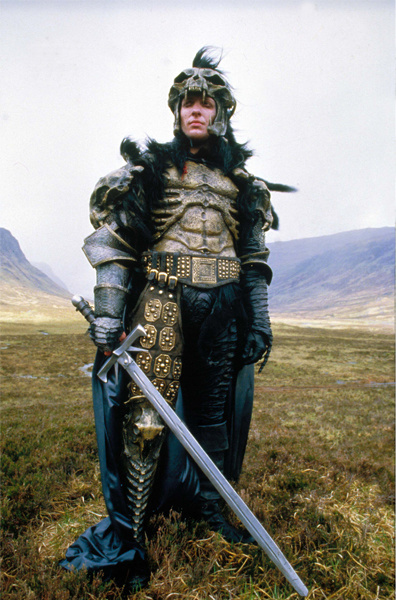 The Kurgan are a tribe of vicious barbarians known for their cruelty. They have an uncanny ability to sniff out Immortals that remain in one place for too long. Fail to submit orders for one turn and they’ll be on your trail. Fail to submit orders a second time and they will slay your character, using your Immortal life force in their bizarre and unsettling rituals. If you know in advance that commitments in the real world will cause that to happen and wish to continue playing, contact me via PM as soon as possible and we’ll try to work something out.

And that should be the extent of it! I know this is a lot of information to take in at once, so I’m looking forward to offering clarifications to any questions that you might have regarding the game mechanics.

But I set off on this quest to reverse the fading of the ozone layer!

Silly question, but I’m curious: does Training take effect before or after that turn’s combat?

Fair question! They take place after as indicated in step 4 below.

For clarification, turns are processed in the following order:

And as new mechanics are discovered, I suspect I should append them to this page. Easier to have a one-stop shop for all active game mechanics than having to re-read every turn.

Extended Combat: Immortals must select six combat stances this round. The Archivist should warn you if you haven’t submitted enough stances.

Nemesis: Battles that end in a stalemate make both participants eager to meet again. Witnessing the style of an opponent firsthand is guaranteed to make the next battle sharper and more deadly. Should they meet again, both players will enjoy a bonus of +5 to each attack roll against each other. Your current nemeses (if any) have been added to your character sheets.

Comrade: In rare and specific circumstances, battles that end in a stalemate result in a newfound appreciation for the opponent. As such, future battles are slightly less deadly as both participants would prefer sparring and learning from each other to decapitation. Should they meet again, both players will experience a penalty of -5 to each attack roll against each other. Your current comrades (if any) have been added to your character sheet.

GM Note on turn execution
By limiting the Archivist to only collecting orders, I’ve discovered that I’ve created a great deal of manual transcription for myself. In the event that I miss anything in that transcription when a new turn is posted, please bring it to my attention ASAP and I will correct it.

For clarification, turns are processed in the following order:

So, what makes a player “weaker” to be sought out?

Just STR? Or some exotic formula not fit for mere immortals?

To draw from an odd corner of my archives:

Let’s take an example in which four Immortals choose to travel to the same destination. For sake of argument:

At present, the Immortal with the highest PERception will be able to determine which of the three they have the best chance against, based only on publicly visible stats and abilities. PERception does not factor in your opponent’s stance selections or hidden stats/abilities when calculating odds of success.

In this example, MacLeod has the highest PERception, and the selection happens thusly:

As a result, MacLeod and Fasil battle each other, which results in Ramirez and Kastagir facing each other as the only remaining pair.

Second example: In the event that Ramiez also had a PER 5, a coin toss would decide who gets to select the least dangerous opponent. Heads: Ramirez selects MacLeod as the weakest opponent. Tails: selections are made exactly as above.

Third example: Let’s remove Fasil from the equation and reset Ramirez’s PER back to 1. Of the two immortals to choose from, MacLeod would select Ramirez as the least dangerous opponent and Kastagir would not have an opponent to fight, as neither two-on-one fights nor attacking an opponent after his battle are allowed.

( Wayne Campbell) I was not aware of that

Extended Combat: Immortals must select seven combat stances this round. The Archivist should warn you if you haven’t submitted enough stances.

Arch-Nemesis: Battles that end in a stalemate between nemeses make both participants committed to the beheading of the other. Should they meet again, both players will enjoy a bonus of +10 to each attack roll against each other. Your current arch-nemeses (if any) have been added to your character sheets.

Reflexes I: As your reflexes improve, you will discover you can read your opponent’s stance and quickly shift to a new position. This will improve your existing stance by 1 step in the first combat round. For example: you’ve selected Reckless (target 70) and your opponent has selected Aggressive (target 30). With Reflexes I, your submitted stance will be changed to Normal on the fly - improving your target to 60 and decreasing your opponent’s target to 40. If you already have the best stance against your opponent, Reflexes I will not improve it further. If both combatants have this ability, there is no effect.

Sturdy I: As endurance increases, so does the amount of damage you can take. With Sturdy I, your base HP increases from 5 to 6.

Extended Combat: Immortals must select eight combat stances this round. The Archivist should warn you if you haven’t submitted enough stances.

Quickenings: When absorbing the life force of a fallen opponent, Immortals will find themselves in possession of new, seemingly supernatural talents. As new Quickenings are discovered, their effects will be documented for all. Immortals in possession of a Quickening will be much more formidable than the average opponent.

Cruel: Small chance of any normal hit being upgraded to a Critical hit (5%)

Swift reflexes: Improves your stance one step against opponent’s stance in the first two combat rounds1.

Inspired tactics: Able to sense very subtle cues, opponents have a -5 penalty applied to all their rolls.

Unphased: First non-critical hit in combat is shrugged off and does no damage.

Extended combat: Immortals must select nine combat stances this round. The Archivist should warn you if you haven’t submitted enough stances.

Reflexes II: improves combat results in the first two rounds, much like the quickening ‘swift reflexes’

New Quickenings have also been discovered:

Visionary tactics: an improvement of Inspired tactics, this quickening applies a -10 penalty to all of your opponent’s rolls.

Unyielding: Allows you to shrug off the first critical hit as if it were a normal hit, but please note that this will not stack with Unphased quickening and reduce the damage to zero.